For years, my office was a corner of my 20-x-17-foot bedroom. I managed to write a 700 page book there, and numerous articles, as well as pay bills. The problem was that I really never left my work; it was always in view, always calling me to do more. For an urban freelance person, having a separate office, as I’ve had for a few years, is a real luxury, and one that, given the scary economy, I’ve been wondering if I could give up if I had to. IS there a way to have an office AND a bedroom, in one large room?

I’ve always thought I had to corral the office into a small space and hide it somehow. But a neat little office like the kind you see built into a closet in shelter magazines won’t work for me anymore. I need a couple of pretty large work tables and room for files and printer.  I’m wondering if maybe I’ve been going about it the wrong way. Maybe I need to give over most of the bedroom to work space, and devise a  cocoon-like bed to shelter me from the office vibe, an idea that probably came from the images I’ve collected over the years of beds that were really tiny rooms. The clean lines of architect Deborah Burke’s room bed (above) is pretty appealing. I’d like to merge it with this translucent cubicle designed by Marcel Breuer: 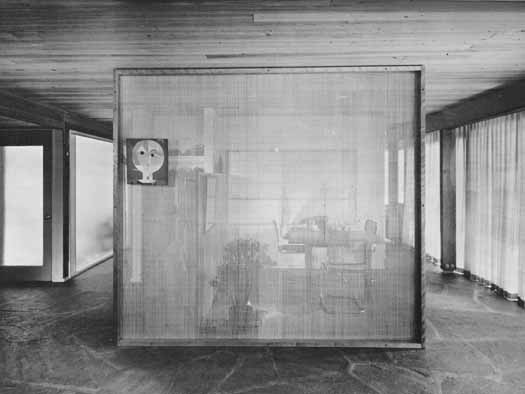 Though I suspect that Room Beds would work best in a larger space than I have, the idea is percolating.  I’ve been collecting other examples that contribute ideas to the essential notion, which I’ve found is a great way to incubate an idea (you never know where they’ll take you): 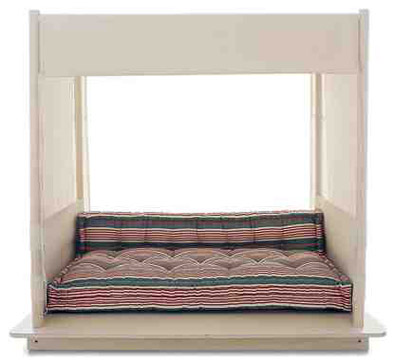 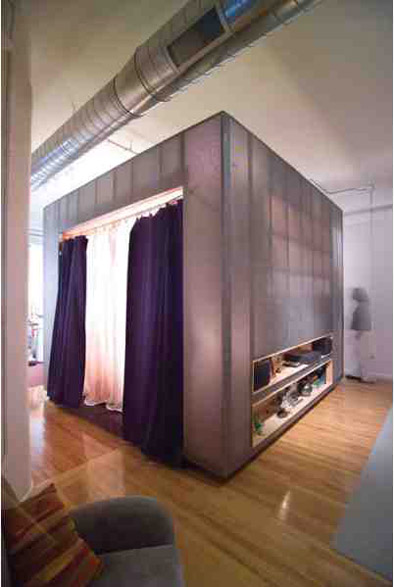 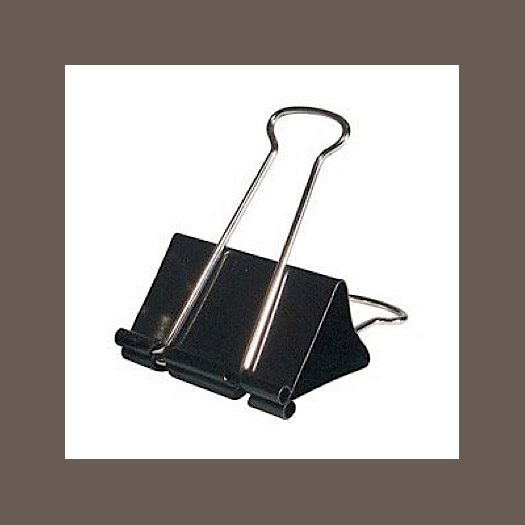 binder clips for d-i-y shelving and other improvised solutions 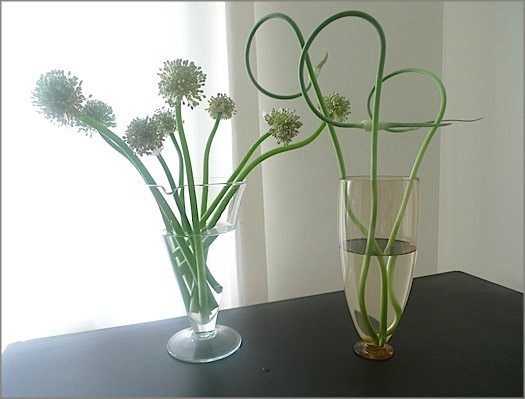 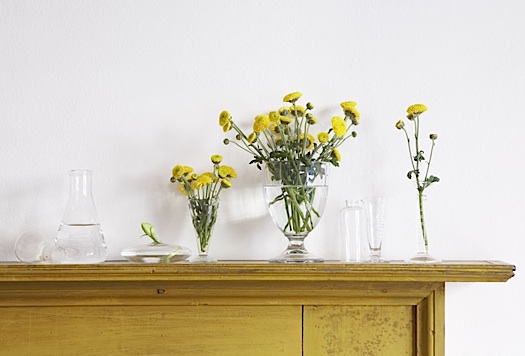