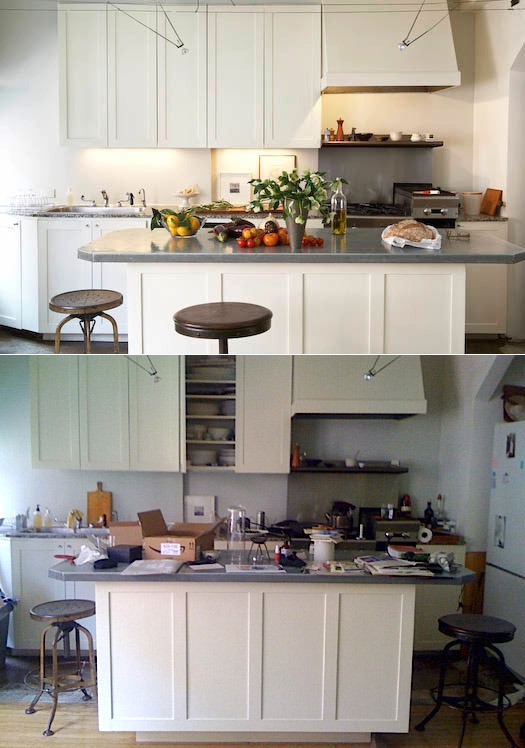 Periodically we like to feature the messy workspaces of artists as a reminder that being creative often means making a mess…We see it as an antidote to the shelter-magazine vision of a nice neat life that has infiltrated our heads over the years.

To take the idea a step further, we thought it would be fun to run a picture of Sally’s hacked kitchen as it was photographed for just one such magazine (note the artfully arranged array of photogenic foods) alongside an i-Phone photo Sally took one day when all-hell-was-breaking-lose in that same kitchen… and she couldn’t keep up with all the things she had to do, not to mention close the cabinet door, or break up an Amazon box to take to the recycling bin or even pick up a paper off the floor.

A lot of that stuff on the counter are objects waiting to be photographed and half-done projects for ‘the improvised life’, amidst bills and lists and…

The truth of that kitchen is that it waxes and wanes… gets messy then neat…out-of-control then serene and collected, and back again. Real life and making and doing is a wild business: work….in….progress….

Related post: On Things “Not Looking Good While You’re Working on Them”

What Unkempt or Messy or Shabby Can Mean

Fling and Be Flung 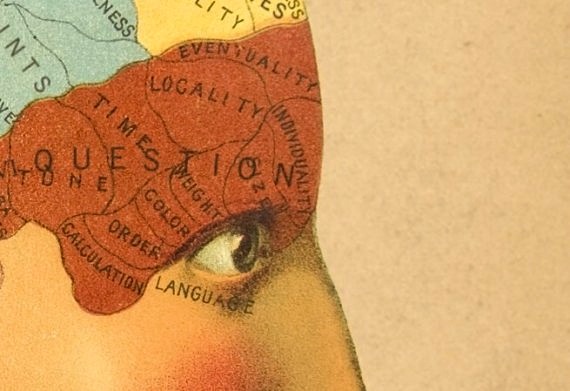 how to remember anything 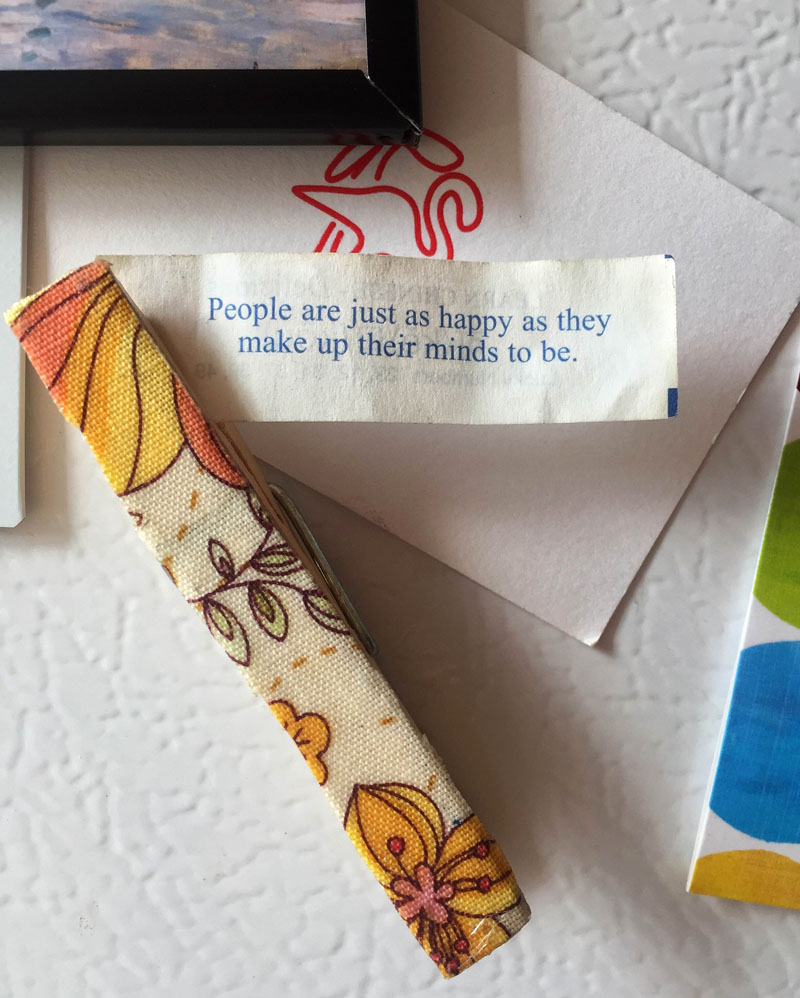 The Use-By Date of Inspiring Signs 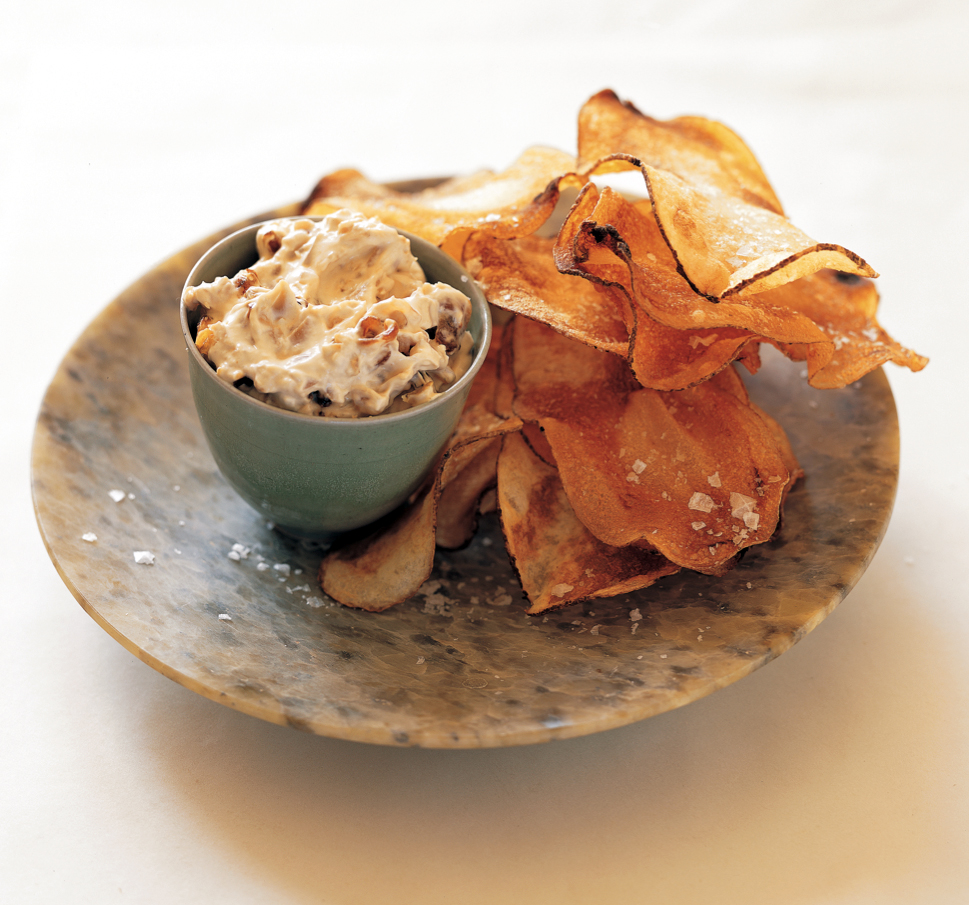 One thought on “real life is messy”

scroll to top
Send this to a friend
I invite you to read real life is messy on Improvised Life! Take a look at it here: https://improvisedlife.com/2010/06/02/real-life-is-messy/