Recently, the New York Time’s reported that legendary chef Grant Achatz of Alinea in Chicago will soon open a restaurant  that “if all goes according to plan, could be the most difficult, ephemeral and stressful in culinary history.”

In his new restaurant, Next, the menu will change radically every three months; it will, in essence, become an entirely different restaurant, drawing from a different place and time: the classical French repertoire of Escoffier, Kyoto in springtime, Palermo in 1949. It might even be designed around a single day. (Next’s website is spectacular.)

Having been awarded three Michelin stars for Alinea, and survived tongue cancer (with the threat of losing his sense of taste), Achatz seems to be programming personal and professional challenges for himself. Achatz’s view is that success in such a potentially difficult endeavor depends less on cooking skills than on creating great systems (which he and his team will plot out weeks in advance on an spreadsheet). We were mulling this idea over as we looked at the slideshow of Achatz’s artwork-like dishes when we suddenly focused on the picture of him and his partner standing under bright yellow scaffolding during Next’s renovation.

Our mind began to fly with ideas for things we could construct with scaffolding and it’s endlessly configurable lacquered metal parts.

, we found study designer Pierre Botschi built in his home:

…Our search of “scaffolding” lead us to The Scaffold Store, and its many possibilities…

A friend in Seattle is considering using a scaffold tower as an elevated outdoor deck from which she can look over the tree line at Puget Sound.

Dezeen published Motel Out of the Blue, an inspiring post about two designers who used scaffolding to construct the furniture needed in a huge conference space. We love this office/meeting place: 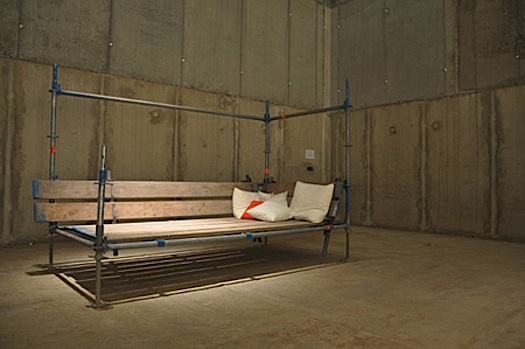 In another post from Dezeen, we found these combo workstations+storage at a new wave ice cream parlor in London: 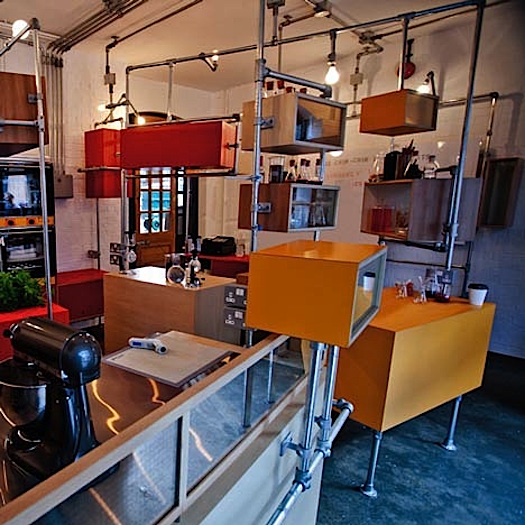 …so it goes with ‘the improvised life’: Grant Achatz –>scaffolding dreams…. 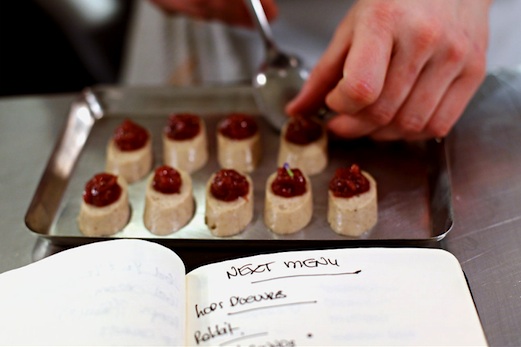 Man on a Scaffolding Tower via Declan McCullagh Photograhy 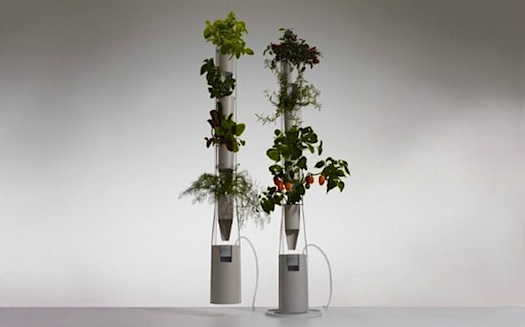 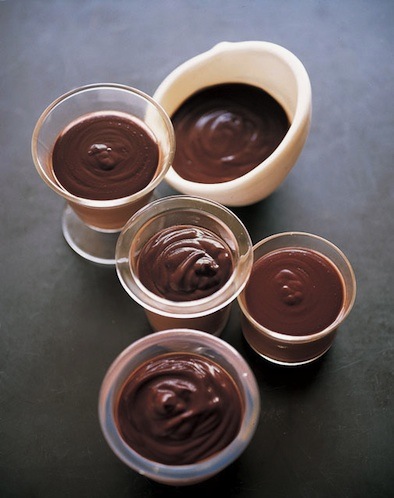 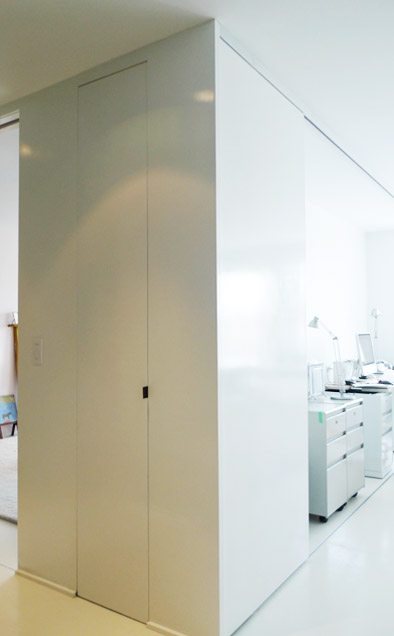 scroll to top
Send this to a friend
I invite you to read Grant Achatz's Self-Made Challenge --> Scaffolding Dreams on Improvised Life! Take a look at it here: https://improvisedlife.com/2011/03/11/grant-achatzs-self-made-challenge-scaffolding-dreams/