voyeur: apartments of nyc artists + others 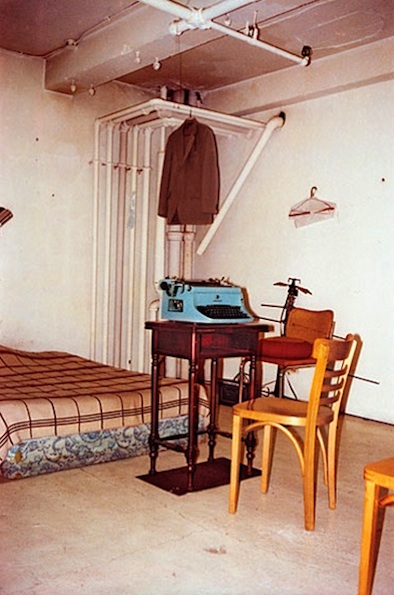 A recent issue of New York Magazine  featured The New York City Apartment: A Biography, a trove of slideshows and features about the inside of living in New York. We especially love the slideshow called “The Perpetual Garret”, the apartments of some once-not-so-famous artists. Flavorwire took the idea and ran with it, to include the spaces of the acutely famous as well, like Marina Abramovic and Francis Bacon.

Our favorite is Beat writer William Burroughs’, a former locker room at the 222 Broadway YMCA, which he called ‘the Bunker: a typewriter on a table, chair, bed, coat.

We culled some swell decorating ideas, like Karl Lagerfeld showing how to make a HUGE book collection graphic and beautiful rather than overwhelming: 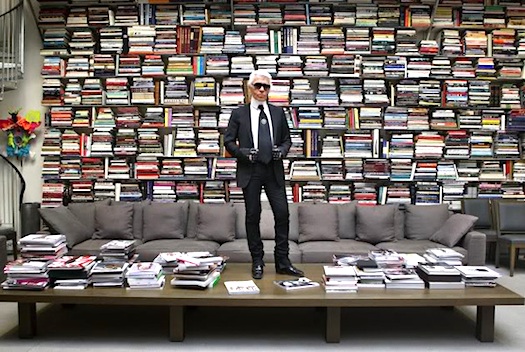 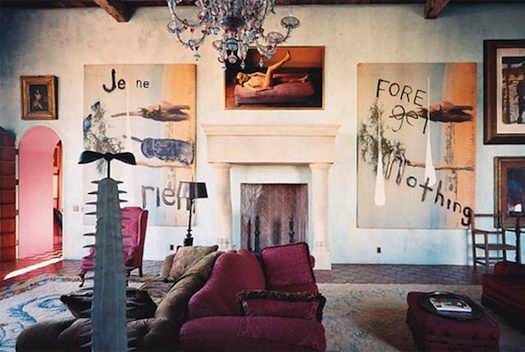 …wonder what those gilded vault-like things are on either side.