We’ve been getting emails from friends who are on their way down to the ramp supper in Helvetia, West Virginia – ramps being the pungent wild leek that grows throughout the Appalachian and Catskill mountains. We wrote about the supper this time last year, when we were headed to Helvetia ourselves, to the feast served family style in the community hall by the Farm Women’s Association – ham, beans, cornbread, slaw, applesauce, hash browns, ramps raw and cooked.

The 2011 ramp supper marks a year of big changes: two of Helvetia’s visionary elders passed away and the unique Swiss culture of the town seemed threatened. But the younger folk there are pulling together to protect and nourish what they realize to be a rare place, carrying on its rich traditions and legacy. In honor of this big transition, we reprise a chunk of the post Sally wrote last year about the spectacular Helvetia Ramp Supper, including a recipe that contains a basic method of preparing ramps that can be used for endless improvising. We offer it despite having recently read the disturbing news of the threat to ramps from over-harvesting reported in the New York Times. We don’t want to stop eating ramps – but we want to know that they were harvested sustainably, and perhaps, buy less this year, just a taste’s worth to remind us of the wild…

Now, onto the tale of the supper… 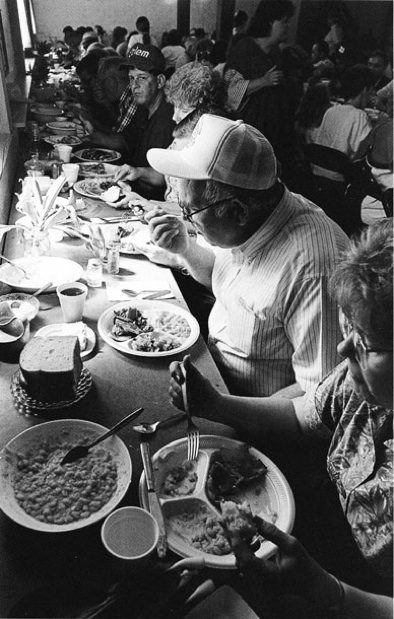 “Depending on the weather, raw ramps – like a lily of the valley with a scallion bulb –  can range from fiercely peppery to sweetly pungent riffs on garlic-leek-shallot-chive. Fried with rendered bacon in an iron skillet, they melt into garlicy greens, their flavors deeply mellowed. The Helvetia ramp supper is followed at dusk by a square dance that rocks the hall for hours with fiddle music whose wild strains reverberate throughout the valley. These people mean it. The yearly supper is in celebration of the first living thing to poke through the ground in spring and the end of a long, harsh winter. In Helvetia, you eat “messes of ramps”, enough to register profoundly on body and spirit in a rampy sweat that works its way through your pores and makes you exude a feral smell of onions, musk and earth, makes you feel the life force of the mountains coursing through your blood.

Helvetia is one of the few remote places left in America, isolated by mountains and rough winding roads, untouched by the relentless din of the mainstream, where there’s food to be found that’s deeply REAL – unplanned, unprocessed, unkempt. Over thirty years of visits, I’ve found native trout, violet jam, dandelion wine that tasted like a fine Sauterne, raw milk cheeses aged in cool, sweet-smelling cellars, morels, bear, venison, and an extraordinary mincemeat made from a hog’s head. But more than that, I found amazing people, many of them ancient, who remembered a whole other way of life:  Swiss that settled in Appalachia and became a mix of the two to make a culture as complex and beautiful as anything I’d found in travels to Europe or South America. Their food arose out of simple necessity: It’s what was there, or what frugal people could do with what was there, like my friend Kay who hunts wild turkey and deer to fill her freezer every fall. Last spring she gave me some turkey thighs to try cooking. After 4 ½ hours of slow braising in wine the meat finally became tender but was so laced with dark flavors that it was to hard to face. Kay told me the turkey must have been feeding on ramps – wild multiplied; she’d thrown hers away.  All this is the back story of the ramps, a personal cultural history that to me is part of their power and why I love to eat them. 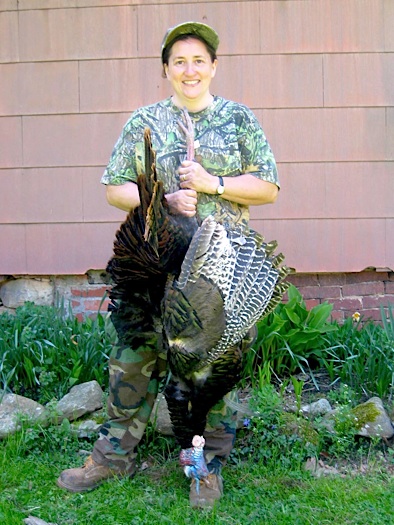 I am haunted by the question “Where is wild?” I need that primal connection to live. So I forage New York in my city way, eyes peeled. Ramps dug in the Catskills are in abundance in the Union Square farmer’s market in May. I’ll buy a few to take home and cook myself some, or make a raw ramp and cornbread sandwich layered with shavings of cold butter, to keep me sane, make me feel, through all difficulties, that I am alive and grounded, fed. 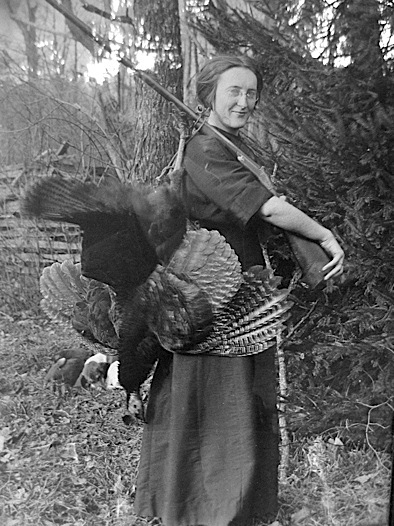 Use this basic method of braising ramps in extra-virgin olive oil as a base for any number of improvisations:  as a side dish, or topping for bruschetta, to fill an omelet, or layer into a potato gratin… Here they are tossed with pasta and Parmigiano Reggiano, a wild play on the classic Italian pasta with garlic, pepperoncino and greens.

The ramps are also delicious cooked with pancetta or bacon instead of the olive oil. Dice the pancetta and  cooked covered until crisp and the fat is rendered; then proceed as directed.

For Olive Oil Braised Ramps, trim off the roots with a paring knife and slip off any discolored or dead skin the clings to the bulbs. Wash the ramps in several changes of water and drain well. (As you clean the ramps, stack into loose bundles, so the bulbs and leaves are lined up; this will make them easier to cut). Place on a cutting board and cut off the bulbs; cut the leaves in half crosswise. Reserve both bulbs and leaves.

In a large nonstick skillet, set over low heat, combine the the ramp bulbs, olive oil and 1/3 cup  water;  cover and cook until the bulbs are soft about 10 to 15 minutes. Add the peperoncino, and cook, tossing frequently, about 1 minute. With a tablespoon, scoop about 1 tablelspoon of the oil into a small bowl and reserve.  Add the  ramp greens to the pan along with 1/2 teaspoon salt and about 3 tablespoons water.

Cover and cook over moderately high heat, tossing frequently until the greens  are tender and the water has completely evaporated about 5 minutes (if the water evaporates before the greens are cooked, add tablespoon or two more to the pan.)   If too much water is left in the pan once the vegetables are cooked through, uncover, increase the heat to high and boil it off, or simply drain it off). Turn the heat to low and cook, stirring occasionally,  until the bulbs and greens are  meltingly tender and the greens are n o longer stringy.  Turn off the heat. You can serve the ramps as is, or turn them into a pasta dish as follows:

Meanwhile, put a large pot of water on to boil.salt the boiling water well. Add the pasta and cook until tender but still slightly firm to the bite. Using a measuring cup, scoop out about 1/4 cup of the cooking water and reserve.  Drain the pasta well.

Pour the reserved cooking water back into the pasta pot.   Add the reserved ramp oil, and the cooked  ramps and bring to a boil for 30 seconds. Add the drained pasta and toss to coat, seasoning with salt and plenty of freshly ground pepper.  Divide the pasta among four warm shallow soup bowls, spooning some of the vegetables over each.  Serve at once passing the cheese on the side.

a (mind) game for cultivating resourcefulness

With thanks to Laurie Smith for her wonderful photos of ramps in Helvetia. 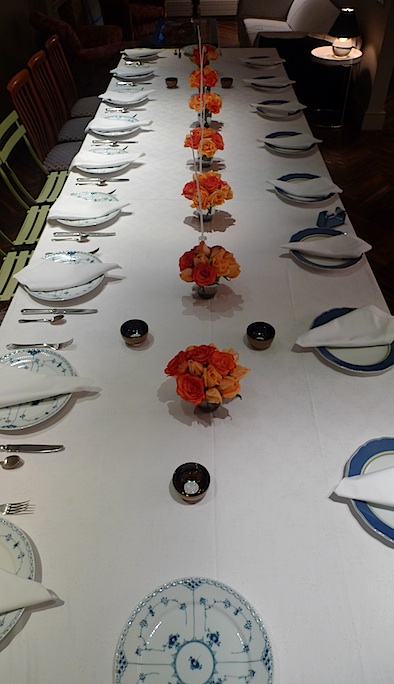 d-i-y expandable table pt.2 (rectangle) for holiday and other celebrations 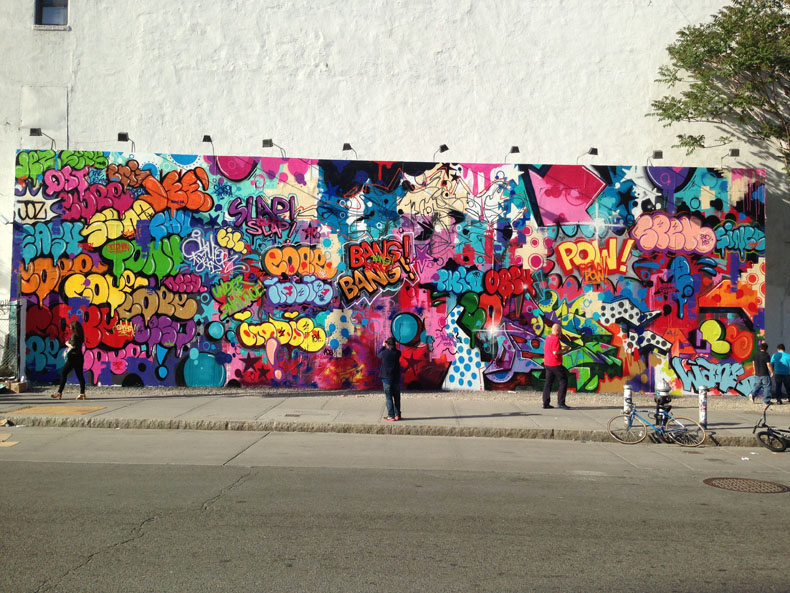 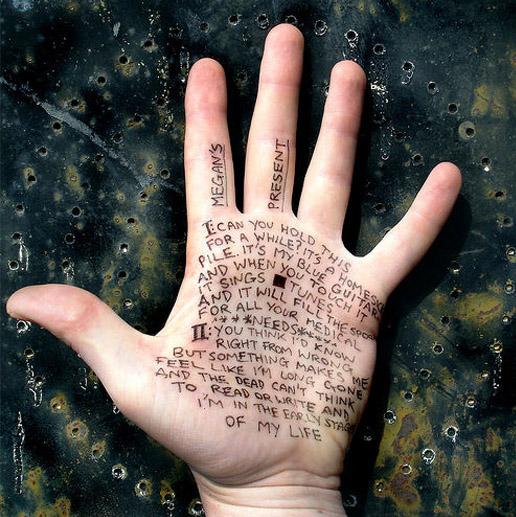