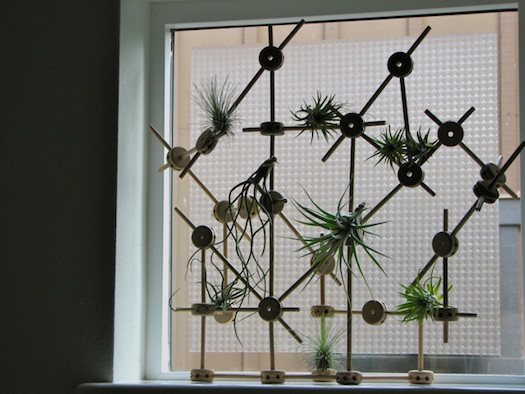 While we were away, a reader left a Comment in response to our post about Constantino Nivola’s Tinkertoy lamps. She described a trellis she had made out of vintage Tinkertoys bought on Ebay. She devised it to display her tillandsia, which are also known as air plants because they grow without soil and can be placed just about anywhere.

We wrote back asking if she had any photos. In a follow-up Comment, she sent us these photos which knocked us out: Tinkertoy as naturally sculptural, Bauhausian trellis! She also wrote:

Obviously, I’m no master of the Tinkertoy (or the photographic, for that matter) medium. And truth be told, I pretty much lack artistic ability, in general. However, one of the great things about Tinkertoys is that, even despite a complete lack of talent, you can at least count on being able to create something with some structural integrity. And with the size and overall shape you’re looking for. So, that’s good.

We were struck by her opinion of herself has lacking artistic ability and talent. We see her Tinkertoy trellis as showing a lot of talent for beauty and most important of all: a willingness to try her idea out. She reminds us of our own brains’ multiplex opinionator, which often convinces us of notions that aren’t true and which we are curiously quick to believe, evidence to the contrary. Lately, we’ve been working hard to take a look at those internal opinions, and the erroneous notions that sometimes stymy us. 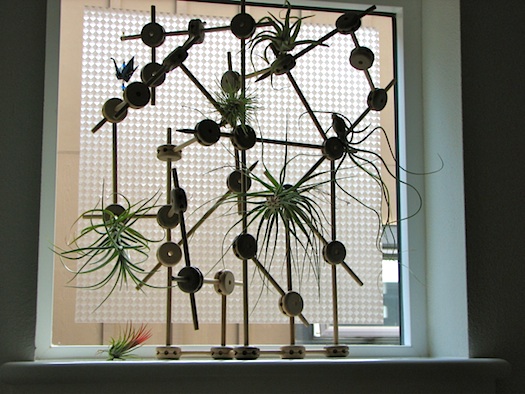 If we can’t actually dismantle the opinion, we find it useful to DO OUR IDEA ANYWAY! 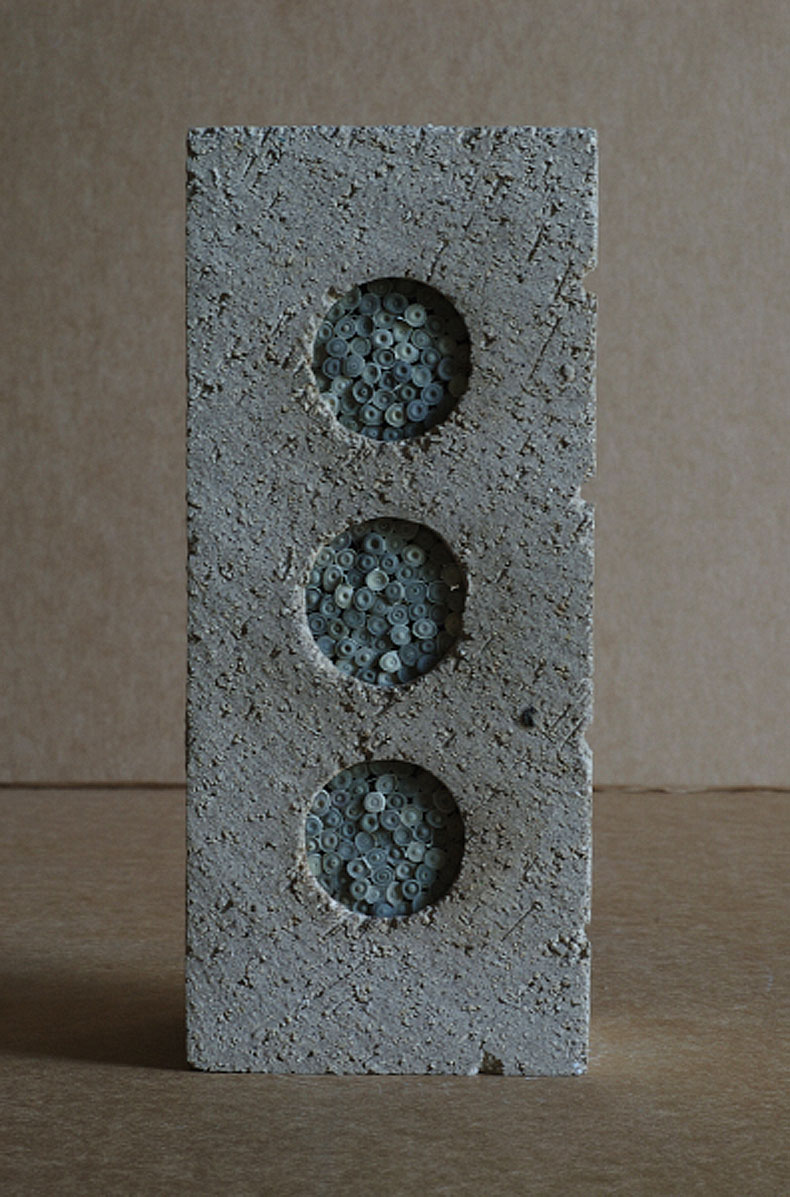 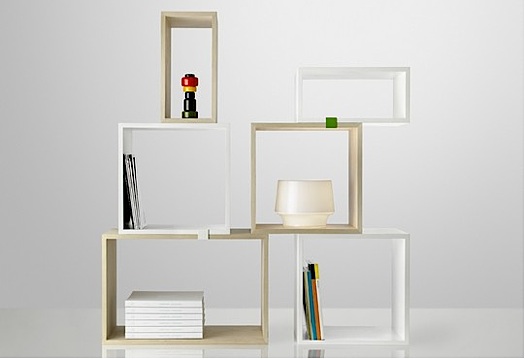 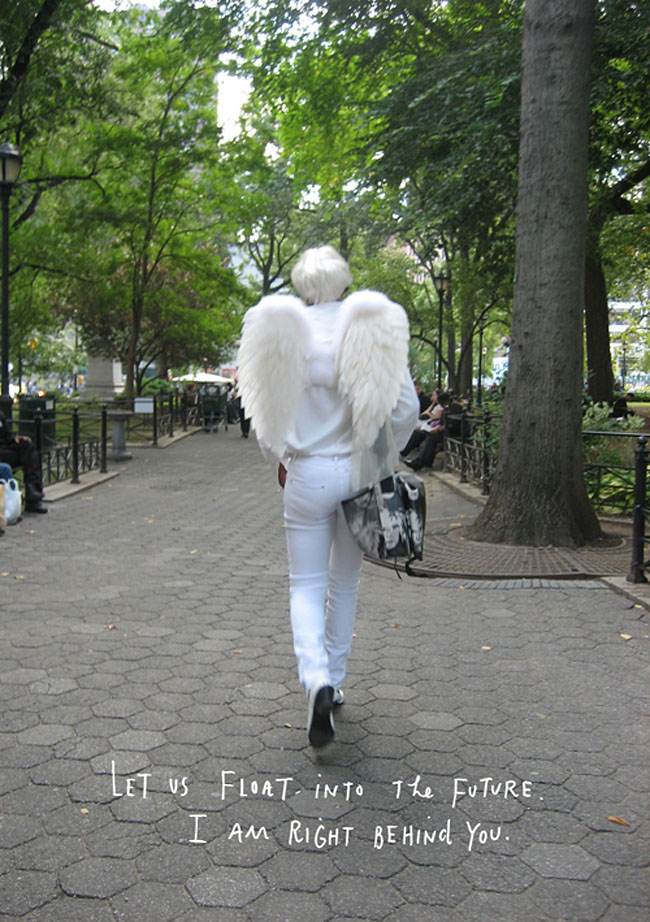 Maira Kalman On Wandering, Trees, Obituaries, Museums, Not Knowing, and Falling in Love with Small Things

scroll to top
Send this to a friend
I invite you to read d-i-y tinkertoy trellis! + dismantling self-judgments on Improvised Life! Take a look at it here: https://improvisedlife.com/2011/08/17/d-i-y-tinkertoy-trellis-dismantling-self-judgments/