our lives, in brief (secrets, 6-word memoirs, even obits) 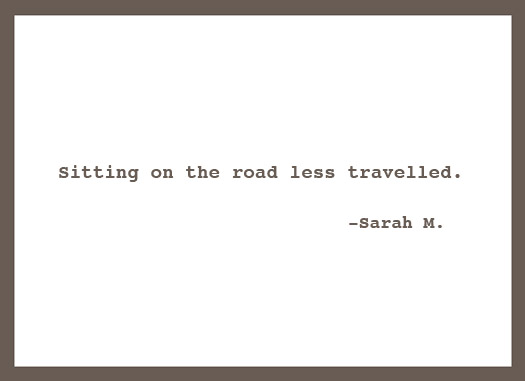 Lately we’ve been enjoying the phenomenon of succinct self-expression. A friend turned us on to SMITH Magazine and the six-word memoir revolution they’ve started, which reminded us of Studio 360’s one-line obituary challenge. (Sally’s one-line obit: “Sally Schneider, 107, Drowns in Surfing Mishap”.) Before both of these there was PostSecret, where folks anonymously share secrets that fit on the back of a post card. We live in a world where more and more people have the space online to tell their stories; sometimes you can say a lot with quite a little.

We thought that this would be a perfect way to officially introduce Sarah M., who has been helping out behind the scenes here for a few months but recently started writing posts as well. We asked Sarah to write her own six-word memoir, seen above, inspired by the idea of an improvised life. Sarah says, “I’m someone who is extremely taken with a lot of the ideas featured on ‘the improvised life,’ but sometimes have to push through old anxieties and fears to put them into practice. That tension is where my six-word memoir comes from.”

What are your six-word memoirs? Tweet-length obituaries? Anonymous secrets?

Related posts: before i die I want to___________
j.k. rowling on the fringe benefits of failure
keeping a dream book
notebooks for graphing the past and future
secret world changers? 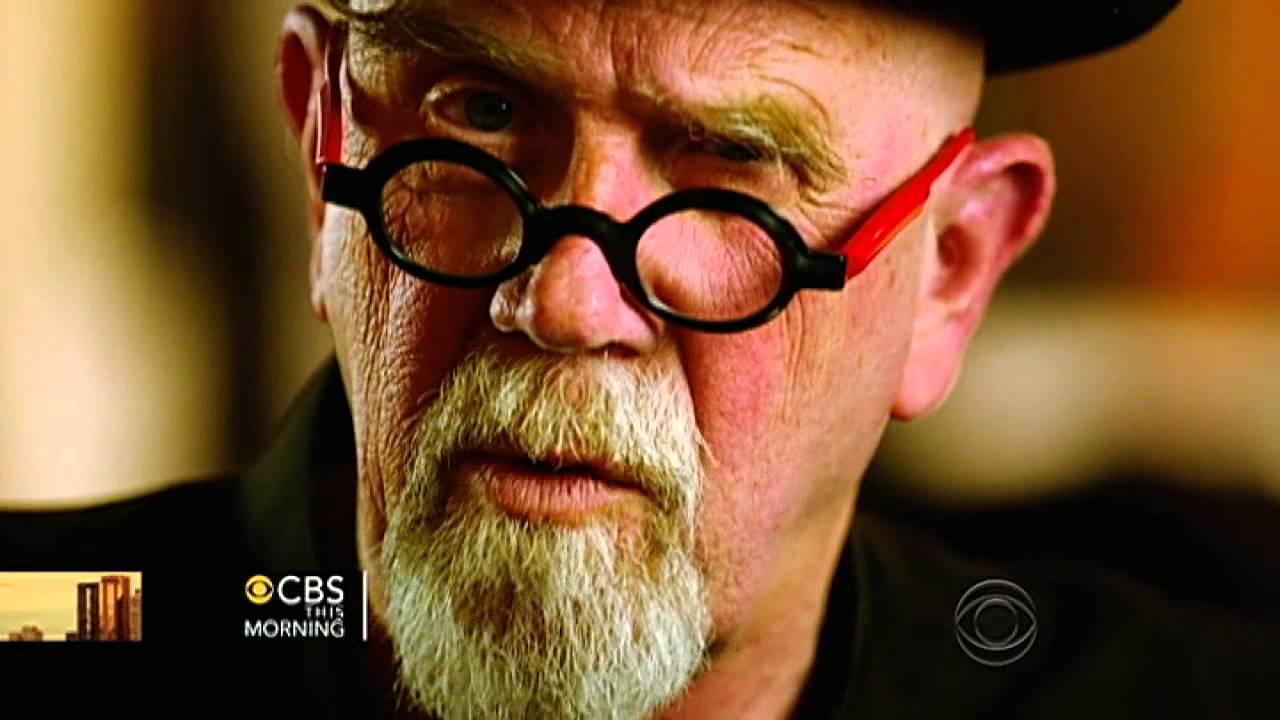 chuck close’s ‘note to self’ (eight perfect rules for living)

2 replies on “our lives, in brief (secrets, 6-word memoirs, even obits)”

scroll to top
Send this to a friend
I invite you to read our lives, in brief (secrets, 6-word memoirs, even obits) on Improvised Life! Take a look at it here: https://improvisedlife.com/2011/08/18/our-lives-in-brief-secrets-6-word-memoirs-teeny-obits/