origami made of anything (vic muniz’ birds of a feather) 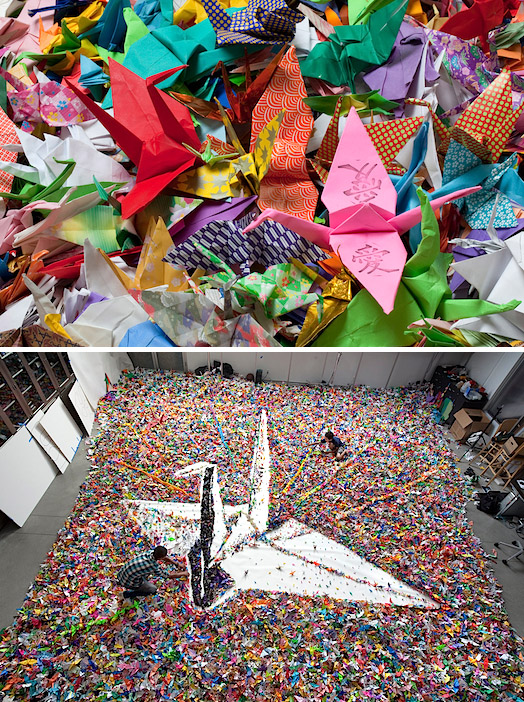 We LOVED this piece from the last Sunday’s New York Times Magazine:

After the Japanese Earthquake in March, the nonprofit Bezos Family Foundation invited children to mail origami cranes to the Seattle headquarters of its Students Rebuild program. Each would trigger a $2 donation, up to $200,000. The group received more than 2 million and doubled the donation.

Last July, a truck full of the origami cranes was delivered to the Brooklyn studio of Brazilian artist Vic Muniz. The trove contained cranes from 38 countries, made out of all manner of foldable materials: hall passes, math homework, love letters, saran wrap, candy wrappers, restaurant menus, aluminum foil, vocabulary lessons, Kleenex. The smallest was the size of a thumbnail.

Muniz created a giant 36 x 40 foot mosaic out of them for a fund-raising poster. Said Muniz:

It’s alchemic. The idea worked because everyone wanted to help.

Just in case you feel like tinkering this weekend, here’s how to make your own origami crane, out of anything… 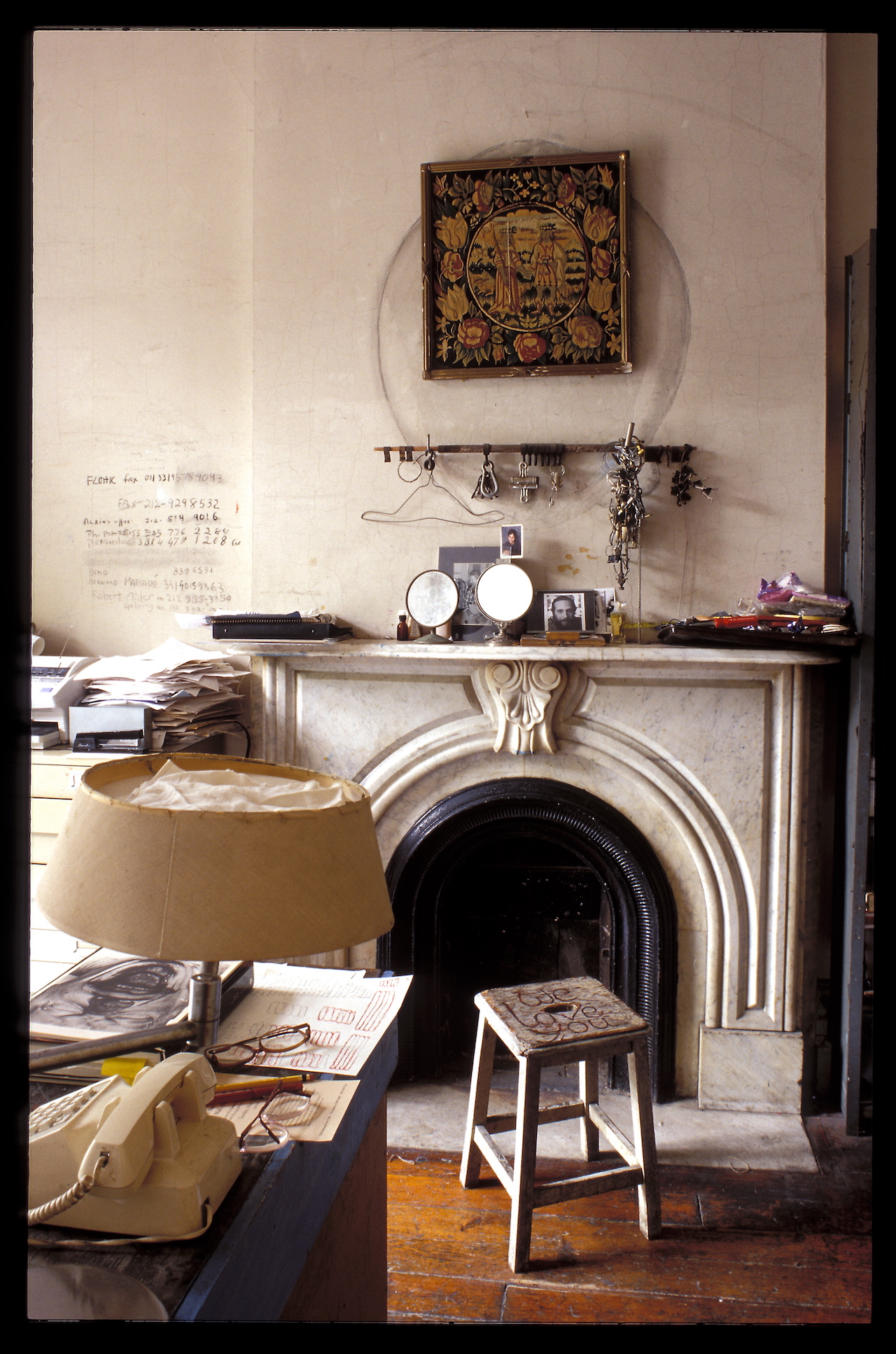 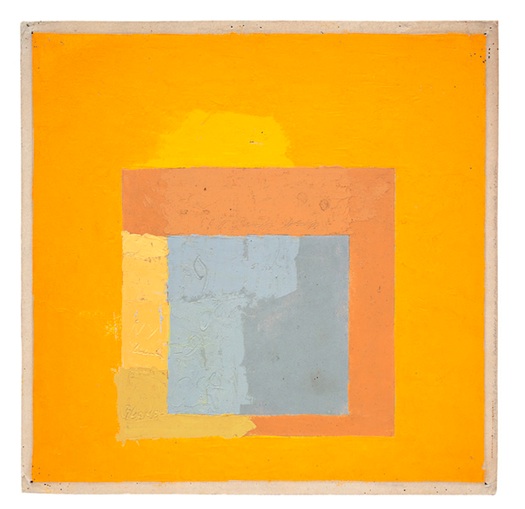 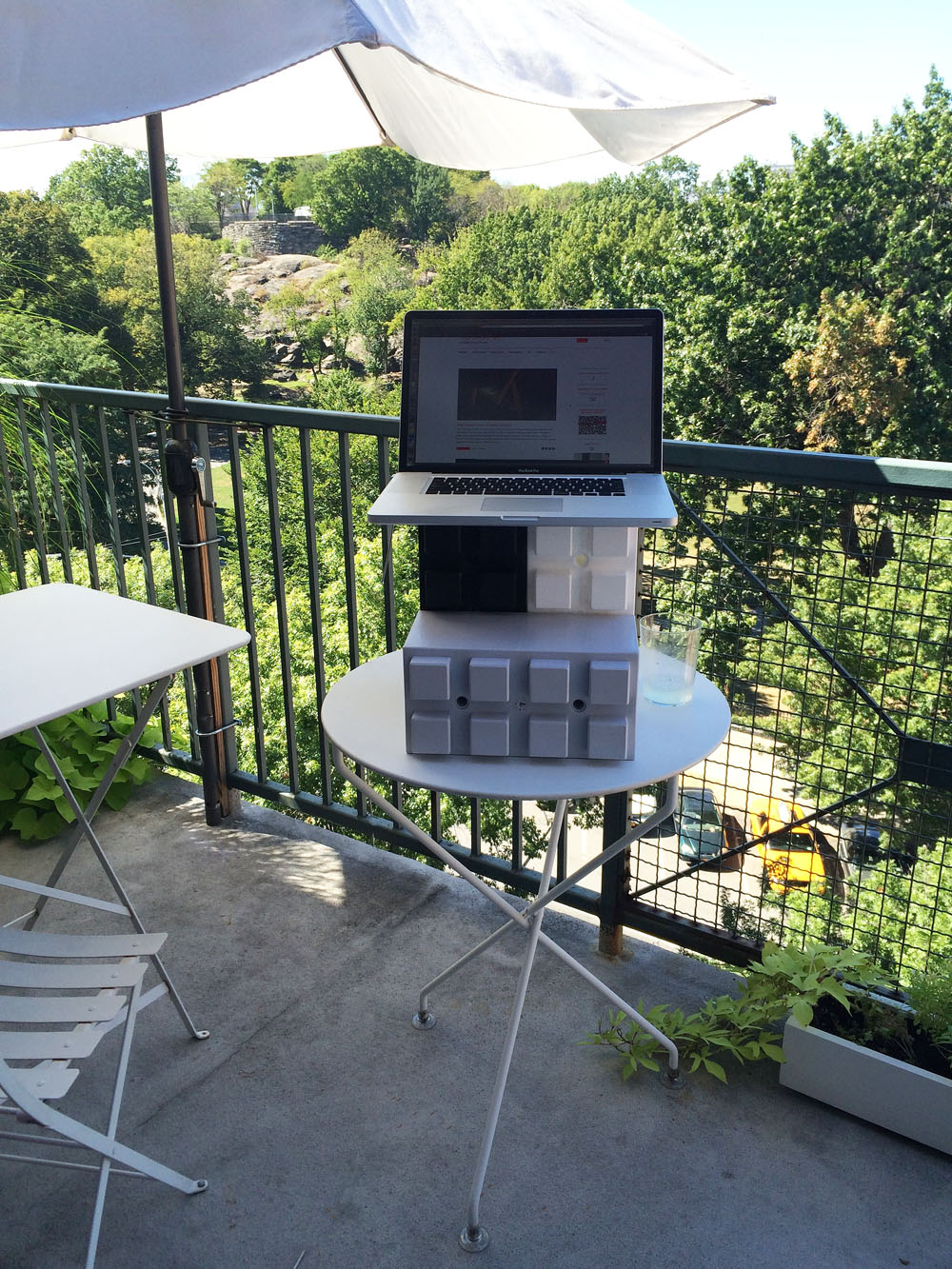 scroll to top
Send this to a friend
I invite you to read origami made of anything (vic muniz' birds of a feather) on Improvised Life! Take a look at it here: https://improvisedlife.com/2011/08/26/origami-made-of-anything-vic-muniz-birds-of-a-feather/