The disappointingly ineffective, much-touted high-design of the Plumen, to us, reveals just how desperate designers are to find a bulb that will override the ugly light of CFLs. Starting in 2012, the provisions of the 2007 Energy Independence and Security Act will go into effect: incandescent bulbs will start to be phased out, starting with 100 watt bulbs and working down the wattage line over several years. Finding technology that can replace incandescent bulbs is proving a challenge. Film Noir Johnny, a mysterious commenter on a facebook post about CFL’s, described the dilemma eloquently:

“Unless the ugly spiral low-energy bulbs can equal classic Edisonian incandescent bulbs in warmth and glow, no one should ever be forced to use one. This is a nationally important aesthetic issue and the stakes are huge.

….If light bulbs were men, the classic incandescent would throb warmly. The new spiral would wither and shrink… ‎and we would have to pause for several seconds before the third-rate, iron-curtain illumination occurs…

The beauty of incandescence, of course, is that it improves upon reality rather than merely attempting, without imagination, to recreate it. It’s far sexier than “virtual sunlight” (halogen) and will also reveal unseen subtlety and nuance across the surface of an eggplant.”

We take Film Noir Johnny’s point to heart: basic aesthetics ARE important  to us, and to our spirit and health. Flourescent light makes us FEEL terrible – Dan Flavin’s artwork aside. Wired Magazines’s recent article on the lightbulb bears this out:

Evolutionary biologists believe that human lighting preferences are the result of our trichromatic vision—rare in nonprimates—which makes us particularly suited to daylight and the perception of primary colors. There’s an anthropological component as well: For 400,000 years, humankind has been banishing darkness with fire. And Edison’s bulb is, at its core, a burning filament that casts the glow of a flame. Abandoning incandescent bulbs means abandoning fire as our primary light source for the first time in human history.

We can’t imagine how we’d feel living in the dim, arid light of a CFL. We have yet to see one we like, and we hate that they contain mercury.

So we’re on the hunt for a truly pleasing, environmentally-friendly bulb. Having read Consumer Report’s free PDF on lighting options, we’re going to start testing out LED’s. And we’re looking forward to trying the new soon-t0-be-released Switch LED bulb mentioned in the Wired article. 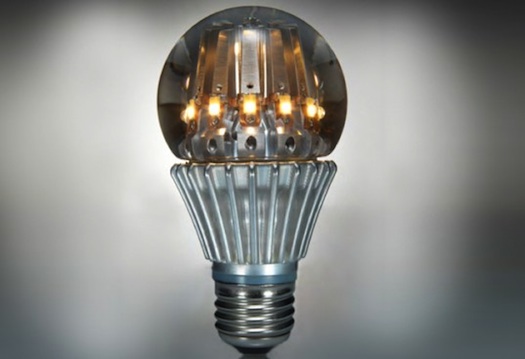 If anyone knows of a CFL they think fits the bill, please let us know.In the meantime, our current solution is Philips Halogena Energy Saver Light Bulb, 2 Pack

, a hybrid with lovely bright, dimable light and greater longevity/energy-savings than classic incandescents.

Here’s some essential info, also from Consumer Report’s about navigating the world of energy-saving lightbulbs:

For starters, Energy Star-qualified bulbs meet high standards for brightness, color, and energy use, and the mercury content is capped in compact fluorescent lightbulbs. After 3,000 hours of testing, we found which CFLs and light-emitting diode bulbs, or LEDs, perform the best.

Before you shop visit www.dsireusa.org/incentives or www.energystar.gov to find utility rebates, and search online for manufacturer rebates. Check store displays of lit bulbs to get a feel for their light quality. Whatever you choose, buy just a few and try them out. And keep in mind the price of LEDs will continue to drop over the next few years. Also be sure to:

Consider the fixture. When replacing a bulb, choose a new one that’s the same size or smaller to be sure it fits the fixture. Dimmers require dimmable bulbs and lights used outdoors must be designed for exterior use. Our Ratings indicate manufacturer-recommended uses; also check the bulb package for details.

Look at lumens. Select bulbs that provide the desired brightness at the lowest wattage (watts indicate energy use). Brightness is measured in lumens. When buying CFLs and LEDs known as A-type for their bulbous shape–the kind used in lamps and other fixtures–look for at least 450 lumens if you’re replacing a 40-watt bulb; 800 lumens or more for a 60-watt bulb; at least 1,100 lumens for a 75-watt bulb; and 1,600 lumens or higher when replacing a 100-watt bulb. For R30floodlights, look for at least 10 times the watts of the bulb you’re replacing, 650 lumens to replace a 65-watt bulb, for example.

Choose a color. Warm lighting is flattering and used in most home applications, so the Kelvin temperature is in the lower end of the range. Standard incandescent bulbs produce a warm yellowish light and have a color temperature of about 2700 Kelvin (K). If you like that warm color, look for CFLsand LEDs with about 2700K. At 3000K, the light is whiter and comparable to a halogen’s. For acool, bright white light, look for bulbs in the 3500K to 4100K. And 5000K to 6500K bulbs mimic natural light or daylight.

Note CRI. The Color Rendering Index, or CRI, tells you how accurately colors appear under the bulb’slight. The CRI ranges from 0 to 100 with daytime sunlight at 100 and incandescent bulbs right around that. A CRI of at least 80 is generally recommended for interior lights, and differences of fewer than five points are insignificant. To compare bulbs, look at the CRI of bulbs with thesame Kelvin temperature.

With thanks to everyone who wrote to alert us to the Wired article.   Image of CFL: Trusty Joe. 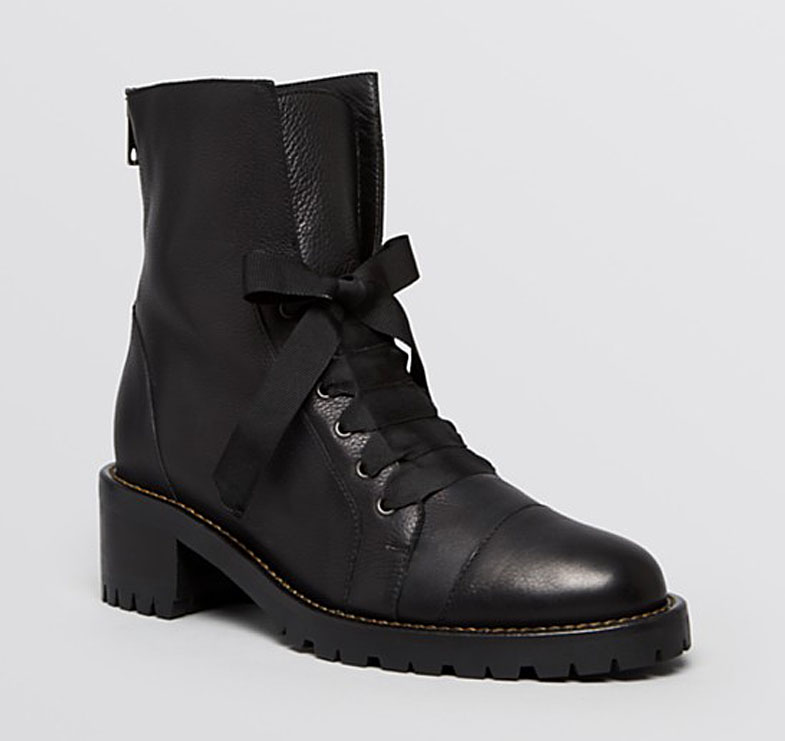 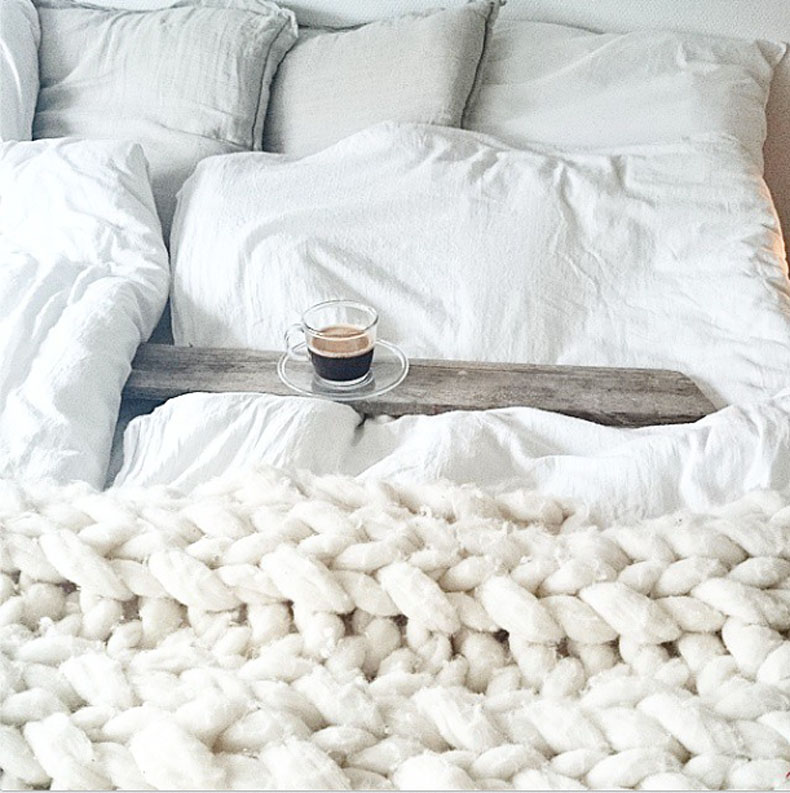 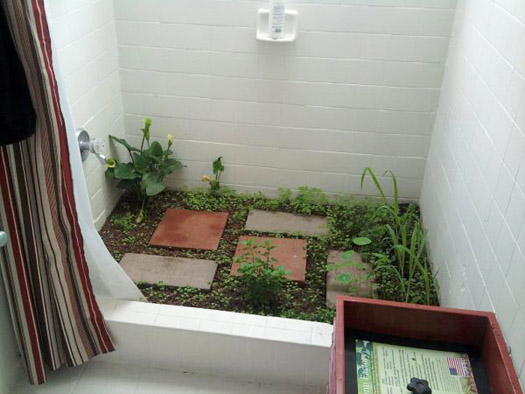 garden in the shower + a moss bathmat

2 replies on “the lightbulb dilemma: looking for beautiful light, environmentally-friendly”