elizabeth streb on the necessity of risk-taking

(Video link here.) We’ve long been a fan of Elizabeth Streb, an “action architect” whose wondrous choreography interweaves risk, action, danger, and flow into a thrilling experience;  her dancers interact with swinging concrete blocks and giant wheels where the potential is full-on hurt if they make a mistep; they often run into walls and  fall flat on their faces, artfully, an amazing thing to see.

We were knocked out by Streb’s answer, in a recent 99% interview to the question: Why is risk necessary in art?

“When you are attempting to create new languages, the investigations can get stuck in the brain and often find no escape there, especially when the idea is invisible as it is while contending with extreme actions, forces, and time.

I have found it to be a fruitful idea to agree to get hurt a bit or more than a bit, in the search for a real move. This “real move” is the holy grail of the act, the heart of the machine, the virus in the Petri dish.  This alone tells the truth of where, when, what, and how.

After all, un-habitual places in space confuse us and force us to contend with problems inherent in these zones. As Tim Cahill once said, ‘The explorer is the person who is lost’.”

We find Streb’s list of “biggest risks you’ve taken in your life and career” both inspiring and amazing:
“…riding my Honda 350 across the United States in an “Easy Rider” sort of way in 1972 with just a little bit of money with me…
…burning my father’s barn down…
…diving through glass…
…being on fire once when I was giving my parter, Laura Flanders, a fire dance for her 40th birthday…
…jumping into the abyss when first trying to fly and take impact…
…letting a ton of dirt fall on my head/body while celebrating the Whitney Museum of American Art’s groundbreaking for the new building…
…running very, very fast into walls…
…moving to NYC with just a little bit of money in 1974…”
Two of them involve having “very little money” something that many people perceive as risky. Streb’s risks appear to have paid off.
The 99% interview is full of other Streb gems, like “limitations are the holy elixir for performance” and “I’m not a very organized artist”. 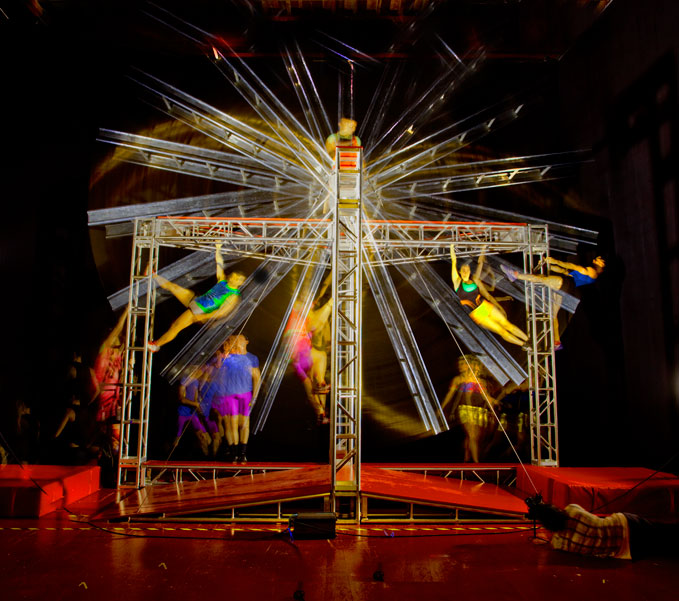 At Streb Lab for Action Mechanics (SLAM)in Brooklyn, you’ll find classes in various forms of “PopAction” for kids and adults; you can also watch her dancers rehearse. Her new work, Kiss the Air!, will be performed in December at the Park Avenue Armory in New York City.
Related posts: 4 ways to step outside of your comfort zone + conquer the ‘ok plateau’
‘beautiful oops’ lesson for all of us: mistakes are OK
francis ford coppola on risk and not knowing…
the 7 vices of highly creative people 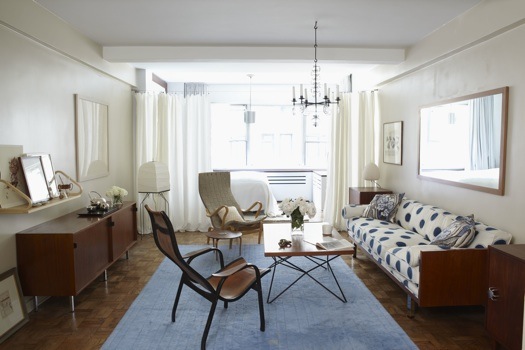 lydia wills’ apartment: before + after + in between 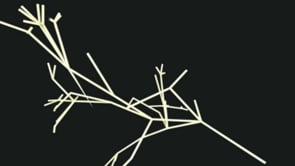 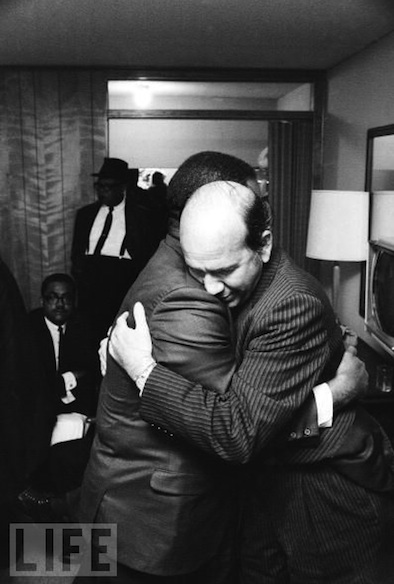 in memory of martin luther king

5 replies on “elizabeth streb on the necessity of risk-taking”