I am a fanatic. Or at least I thought I was, until my fanaticism led me to meet some real fanatics. Luckily for the rest of the world, I’m not a fanatic about big things, like, say, Hitler was. I’m crazy for a tiny joy that makes me feel great every single day: coffee. (Click on the link to listen to Moondog’s ‘Coffee Beans‘ while you read.)

My first taste of fine coffee, and coffee fanaticism, began in Israel. My great aunt Sara had grown up in Jerusalem and made coffee the old Arab way, completely improvised, as befits a nomadic people. No fuss, no muss, no equipment. It was brewed right in the cup. She was very precise in her instructions, downright fanatical:

You must first grind the coffee Turkish style, into a fine powder. Then heap it into the bottom of your cup.  The water must be just boiled! Just boiled! To the degree of small bubbles. Pour the freshly boiled water onto the grounds. They will bloom, then sink to the bottom, making a thick mat.

She was justly famous for her superb coffee and I made it her way for many years. I already thought I was a fanatic, and so did most of those who ever joined me for a cup. 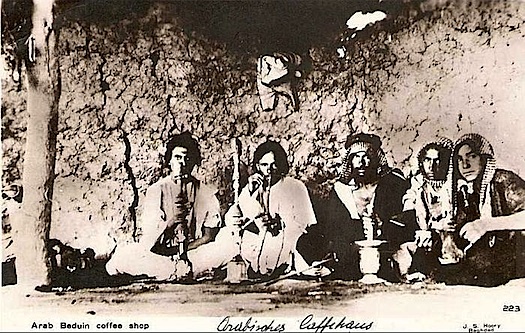 But back then, I rarely paid attention to the kind of coffee I ground into that fine Turkish powder; it was all French Roast to me. That changed dramatically when I discovered Graffeo’s. Old man Graffeo was an improviser in his business style:  he sold his secret blend out of a kind of street booth on Columbus Avenue in San Francisco. It’s still on the same spot today, albeit indoors, and it’s still great coffee. (I’ve decrypted the blend: it’s one third Colombian, one third Central American, and one third Papua New Guinean.) 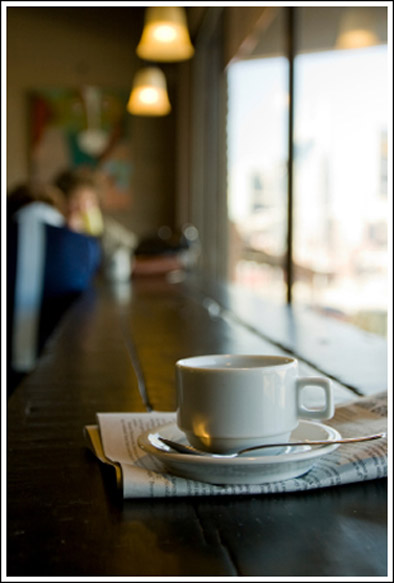 But I left even Graffeo’s behind when I went to Brazil. My ex-mother-in-law Oscarina had grown up on a coffee plantation. She made the most outstanding coffee I’d ever tasted. 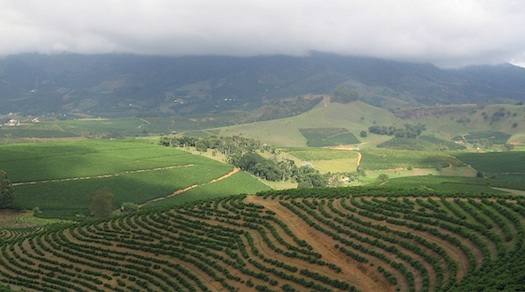 Her method was simplicity itself, again requiring no fancy machinery, no arcane devices — just a pot and a filter. First, she used very freshly roasted local beans, which, in Brazil, were available everywhere.  (Those coffee nuts who say Brazilian coffee sucks don’t realize that they export the dregs here: the domestic consumption down there is so huge, there’s nothing good left for us.)

Oscarina also brewed it the old-fashioned Brazilian way: with a coador (also known as a colador or a coffee sock), a makeshift cheesecloth filter that she used over and over again, keeping it wet between uses. 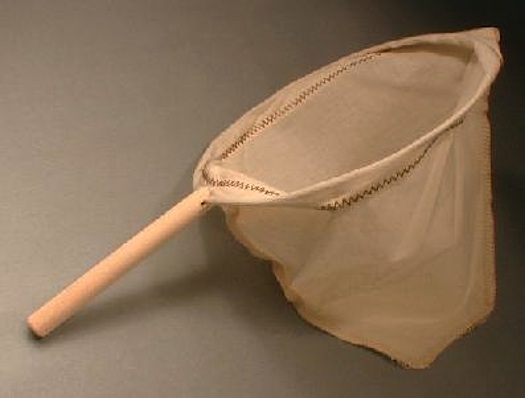 After mastering Oscarina’s brilliant and rare brewing method, I thought I had become an official fanatic. This was amplified the time I left Brazil with a ten kilo sack of beans on my back – beans I had bought after a four hour drive through endless coffee orchards in the interior of Sao Paulo state to the small town of Franca, headquarters of the Brazilian coffee cooperative.  I labored under this happy delusion for many years, out-snobbizing even the famous coffee hipsters of Brooklyn and Seattle. I looked down my nose at all the pathetic drip-grinders, and laughed up my sleeve at the French pressers cleaning the grounds out of their teeth. Don’t even mention espresso machines — the late Dr. Illy became a personal friend of mine and I’m here to tell you that he used Oscarina’s method for tasting new beans!

And then I found Sweet Maria’s and discovered that I knew next to nothing about coffee. And that compared to the real fanatics, I was just a punk-ass wannabe with the brain of a cork and the taste-buds of a cow.

Stay tuned for Part 2 of the Coffee Improvisations: Roasting Your Own Beans. Meanwhile, we recommend trying:

2.  Add a spoonful of sugar to the above (I use brown sugar, preferably Muscovado, but it all works, even honey or molasses if need be). (This is certainly optional; the method works fine without sugar but won’t give quite the Brazilian taste.)

4.  Stir ground coffee into the above.  I use medium grind, not too powdery, not too big. I use about four ounces (half a cup) of ground coffee for my one cup end product. This is the proportion the Brazilians use, though they put in a lot more sugar. This part is all about taste, so start with this amount and see how you like it.

5.  Give the coffee a chance to “bloom” as it reacts to the heat.  I leave the flame high until it’s all stirred in, then I dip the flame to very low. If I stir clockwise, then dip the flame, I know the coffee is ready when it starts to spin counterclockwise all on its own. At that point I turn the flame off.

6.  Let it sit for 10 – 15 seconds. It is extracting a little more from the beans. You don’t want it to extract too much, nor too little. The fanatics on the coffee blogs say about 20-percent extraction is right, though I don’t know how they measure. I use that counterclockwise spin and the 15-second waiting period as my gauge.  During the 15 seconds, the grounds all rise to the top and form a kind of “cap” on the whole potful.

7.  Pour through a filter and drink!  Paper, cloth, any filter will work. I run hot water through the filter first to take away any paper or cloth taste. Also, heat the cup before you pour it in. If you have a pot with a lip and you pour carefully through the lip, you don’t even need a filter — it will pour clear because the grounds are all in the “cap.”

Be sure to check out The Coffee Improvisations (pt.2): Roasting Your Own 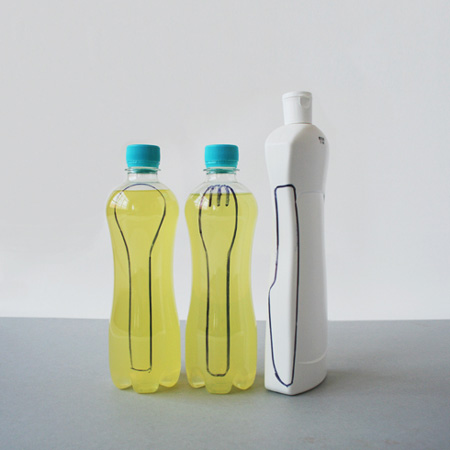 How (and Why) to Make an Emergency Spoon 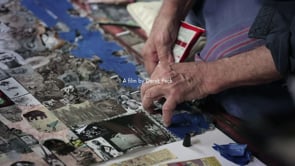 peter beard: learn how to benefit from accidents and chances you take 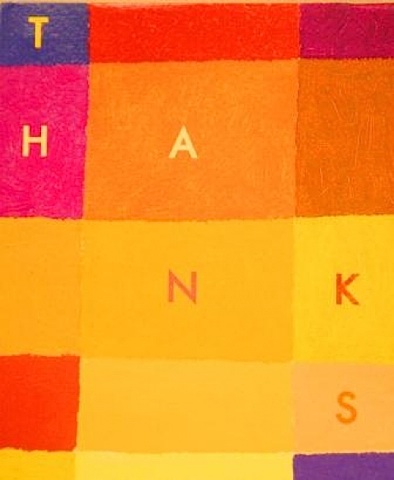 scroll to top
Send this to a friend
I invite you to read the coffee improvisations (pt 1) + oscarina's old brazil brewing method on Improvised Life! Take a look at it here: https://improvisedlife.com/2012/02/29/the-coffee-improvisations-pt-1-oscarinas-old-brazil-brewing-method/