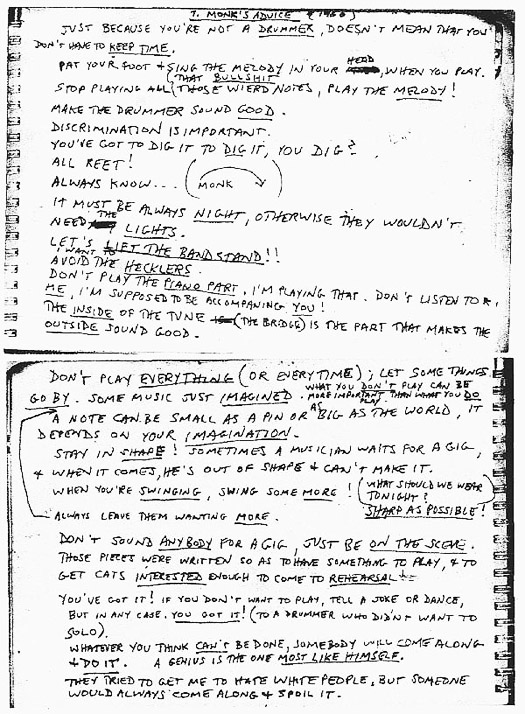 We just discovered Lists of Note, an illuminating site that transcribes lists and notes written by a great cast of characters, including celebrities; philosophers and inventors; and the authors of old instructional handbooks. We’re knocked out by this list of advice from jazz pianist Thelonious Monk, transcribed by jazz saxaphonist, composer and colleague Steve Lacy.  (Click here to listen to Monk’s brilliant version of Solitude from the divine Thelonius Monk Plays Duke Ellington while you read

). The entire transcript is below. Dig these gems:

Just because you’re not a drummer, doesn’t mean you don’t have to keep time.

Pat your foot and sing the melody in your head, when you play.

Stop playing all those weird notes (that bullshit), play the melody!

It must be always night, otherwise they wouldn’t need the lights.

I want to avoid the hecklers.

Don’t play the piano part, I’m playing that. Don’t listen to me. I’m supposed to be accompanying you!

The inside of the tune (the bridge) is the part that makes the outside sound good.

Don’t play everything (or every time); let some things go by. Some music just imagined. What you don’t play can be more important that what you do.

A note can be small as a pin or as big as the world, it depends on your imagination.

Stay in shape! Sometimes a musician waits for a gig, and when it comes, he’s out of shape and can’t make it.

When you’re swinging, swing some more.

(What should we wear tonight? Sharp as possible!)

Don’t sound anybody for a gig, just be on the scene. These pieces were written so as to have something to play and get cats interested enough to come to rehearsal.

You’ve got it! If you don’t want to play, tell a joke or dance, but in any case, you got it! (To a drummer who didn’t want to solo)

Whatever you think can’t be done, somebody will come along and do it. A genius is the one most like himself.

They tried to get me to hate white people, but someone would always come along and spoil it. 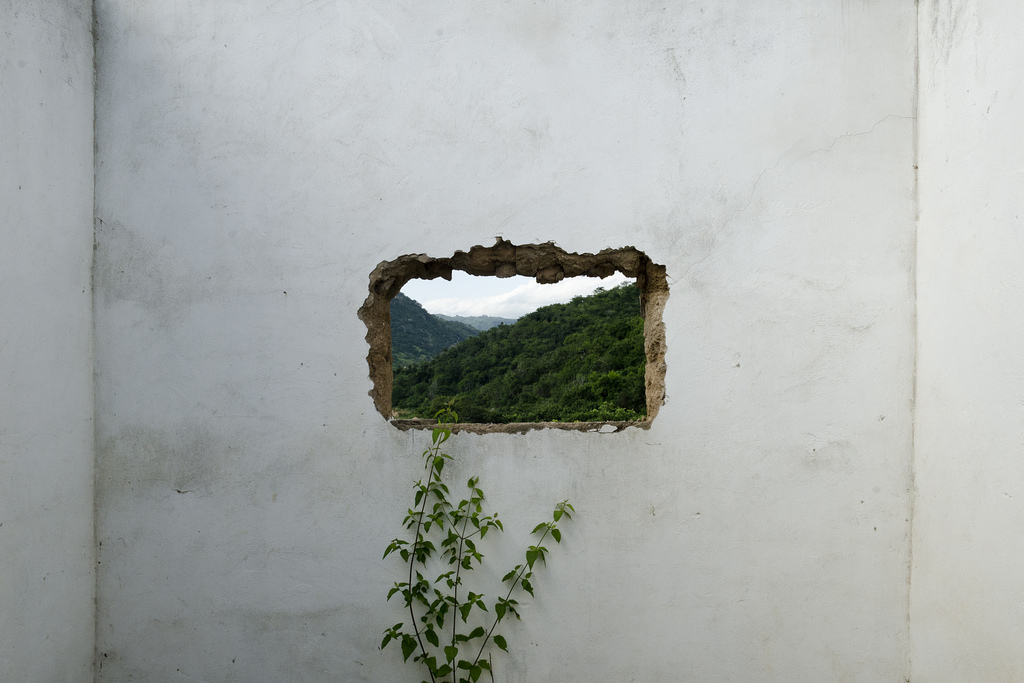 An Unexpected View through a Peephole 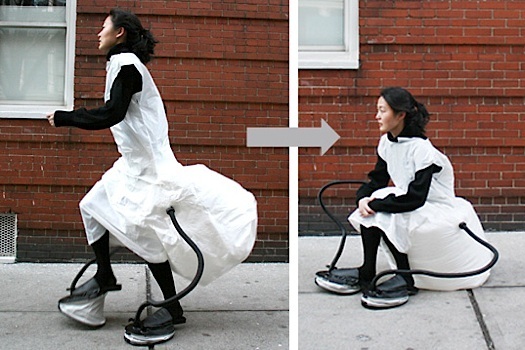 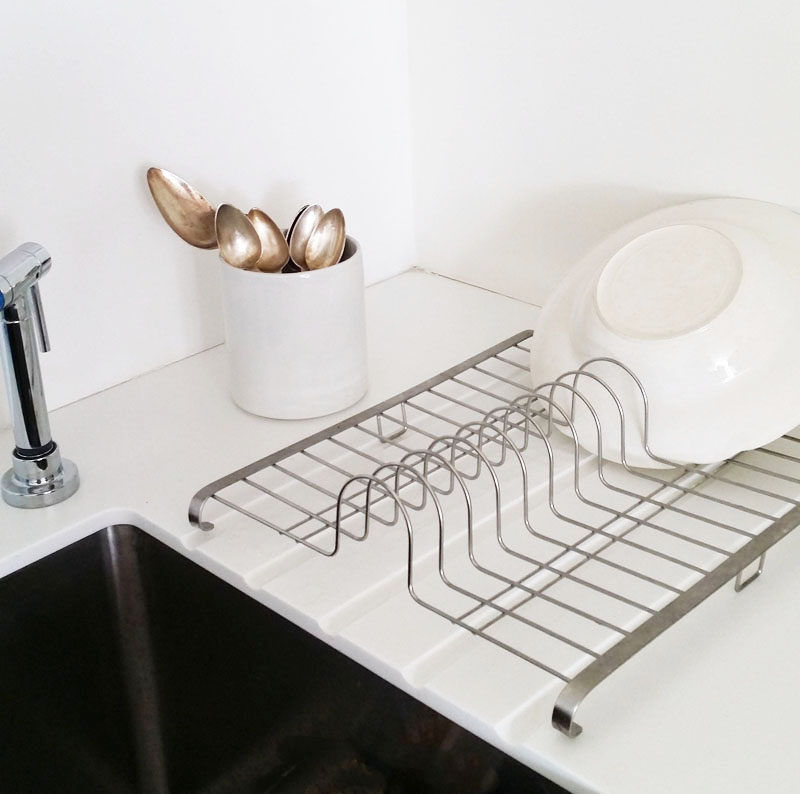 scroll to top
Improvised Life
Send this to a friend
I invite you to read thelonious monk's notes on life and music on Improvised Life! Take a look at it here: https://improvisedlife.com/2012/03/05/thelonious-monks-notes-on-life-and-music/