rube goldberg inspires the crazed inventor in us all

(Video link here.) This morning, the great Manhattan User’s Guide (which is great WAY beyond Manhattan), posted something of a tribute to Rube Goldberg, the guy behind the term Rube Goldberg Machine: “a comically involved, complicated invention, laboriously contrived to perform a simple operation” according to Webster’s.

What always delighted me about Rube’s inventions was that they were always designed to solve some utterly practical problem, but did it in the most imaginative — and mind-bogglingly indirect — way, all-the-while reminding you of the very real possibilities for invention using everyday objects.

Although I’ve have seen a lot of clever Golberg-esque machinations and artworks, I’ve rarely seen a person who was as true to Rube’s brilliant craziness as Joseph Herscher, who seems to be carrying the mantle with his wondrous Page Turning Machine. All he does to set it in motion is drink coffee.

The New York Times did a great interactive guide of the Page Turner (which we’ve taken the liberty of reprinting here). Parsed line by line, it makes for some strange curiously Zenlike poetry:

which pulls a string, which yanks a pencil (2),

which tips paintings one by one as the balls roll down. The third ball rolls into a shelving unit (3)

and swings a ladle, which pours glycerin from a jug into a cup, which combines with potassium and combusts. A fuse catches fire and burns, which releases the pool balls (4)

one by one. The fourth ball lands in a hanging green shot glass (5)

which turns on the gas. Meanwhile, the fuse (still burning) ignites the gas, which boils the liquid and sends steam into a sponge (6),

which becomes heavy and tips, sliding a fly swatter (7)

up, which releases a ball, which rolls along the top of the books, knocking the other balls and eventually knocking a Velcro-covered ball. The weight of the Velcro ball tips a book (8)

off the table. Headphones (10)

are pulled by the vase, which releases an orange glass (11)

which rolls along the slanted table, sticks to the tape (12)

and yanks a pencil in the computer (13).

The screen shuts and the computer falls off the table, which pulls a cable, switching on a hair dryer (14),

which annoys the hamster (15).

He runs, which causes the cage to tip. The pool ball (16)

rolls along the top of the cage and drops, which knocks a baking pan (17)

off the table, which pulls the hair dyer with it and causes tape (18)

to roll across the table, sticking to, and turning, the front page of the newspaper (19).

My father was friends with Rube Goldberg. When I was a little kid, he’d come by our house, and I was always amazed at that little old guy in an old-fashioned tweed suit with cuffs that narrowed at his ankles. When I think of the many rigged solutions — a good number failed —  that I’ve tried to devise in my life , I wonder if Rube was some sort of early influence…

He is one of the few people to become an adjective. 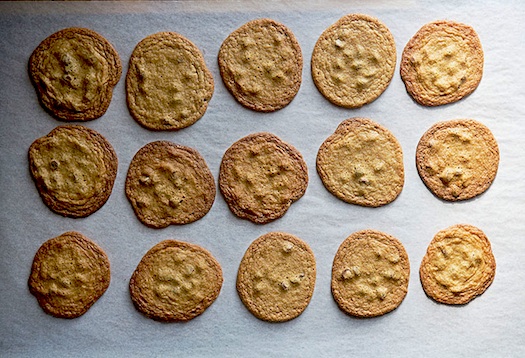 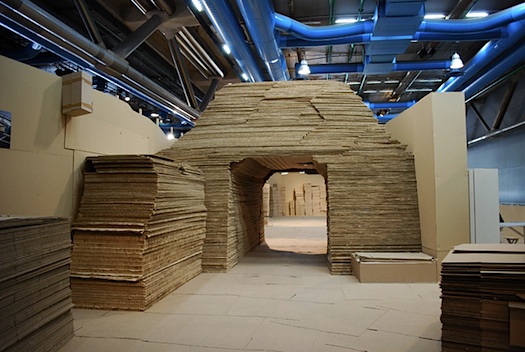 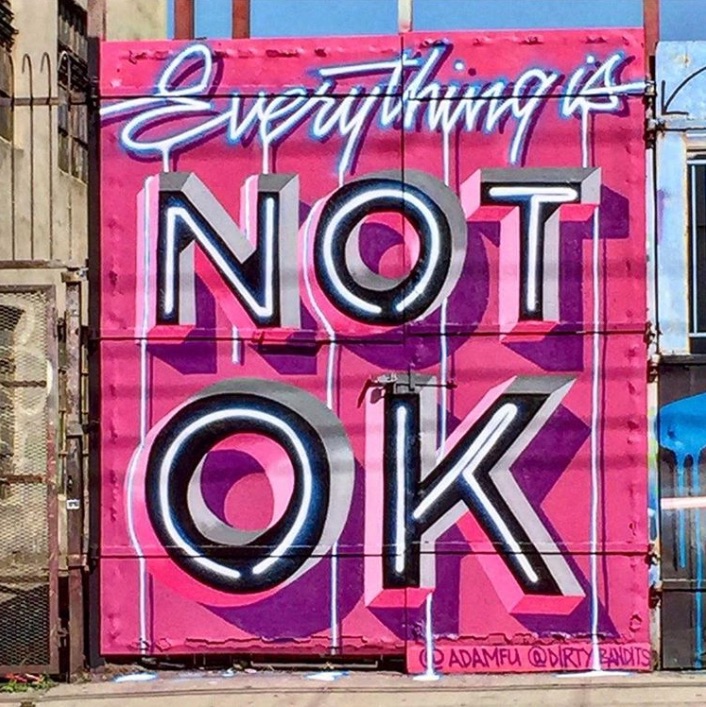