Saddened to hear of the sudden passing of Charlie Trotter, for decades considered one of America’s great chefs, we’d thought we’d honor him by sharing one of his brilliant creations: Red Wine Essence. It one of the most extraordinarily extravagant and extraordinarily delicious sauces in our repertoire, and cunningly easy to make. A self-taught cook — quixotic, driven, perfectionist, inspired —Trotter created wildly complex dishes that were often assemblages of simple, powerfully delicious elements, like this sauce.

It is extravagant because it requires two bottles of red wine and one of Port to prepare: three liters are boiled down to a scant cup. In his original recipe, Trotter recommends using a fine red Burgundy, which would make its cost stratopheric. We find it works just great with a decent vin ordinaire. Even then, a batch will cost upwards of $30. It is worth every penny.

The resulting reduction yields an rich, suave essence of wine so highly concentrated that only a small amount – a tablespoon or so — is plenty to sauce a serving.  It can transform simple foods into complex dishes, and therein lies its catalytic role in improvising. We have used it to sauce racks of lamb, grilled steaks, roast chicken, roasted onions, potatoes and mushrooms, fried eggs, vegetable and noodle gratins, even meaty fish like striped bass and salmon.

It never fails to floor guests with pleasure and make them think we have spent hours and immense skill making it. Yet keeps for months in a sealed jar in the fridge, a secret weapon to call upon at any time to transform a meal.

Sally originally published the recipe in A New Way to Cook

Use a medium bodied wine with good fruit and little tannin, such as a pinot noir.

In a heavy, medium saucepan, combine the onion, carrot, celery, garlic, apple and the oil. Cover and cook, stirring occasionally, until the vegetables have begun to “sweat”, about 8 minutes.

Uncover, increase heat to moderate, and sauté the vegetables, stirring frequently, until they have caramelized to a deep golden brown.

Add the wine and the port, increase the heat to high and bring to a boil. Turn down to a low boil and reduce the wine two hours, to about 1 cup.

Strain into a small saucepan, and add the chicken broth. Bring to a boil, reduce heat to a simmer, and cook down to a scant one cup, about 45 minutes longer. For an even more concentrated flavor, the sauce can be reduced down to 1/2 cup if desired.

Serve warm.  a tablespoon or two is more than sufficent for a serving.  Store in a tightly sealed jar.

Storage:  Will keep 1 month refrigerated in a tightly closed jar.

welcome to ‘the improvised life’ 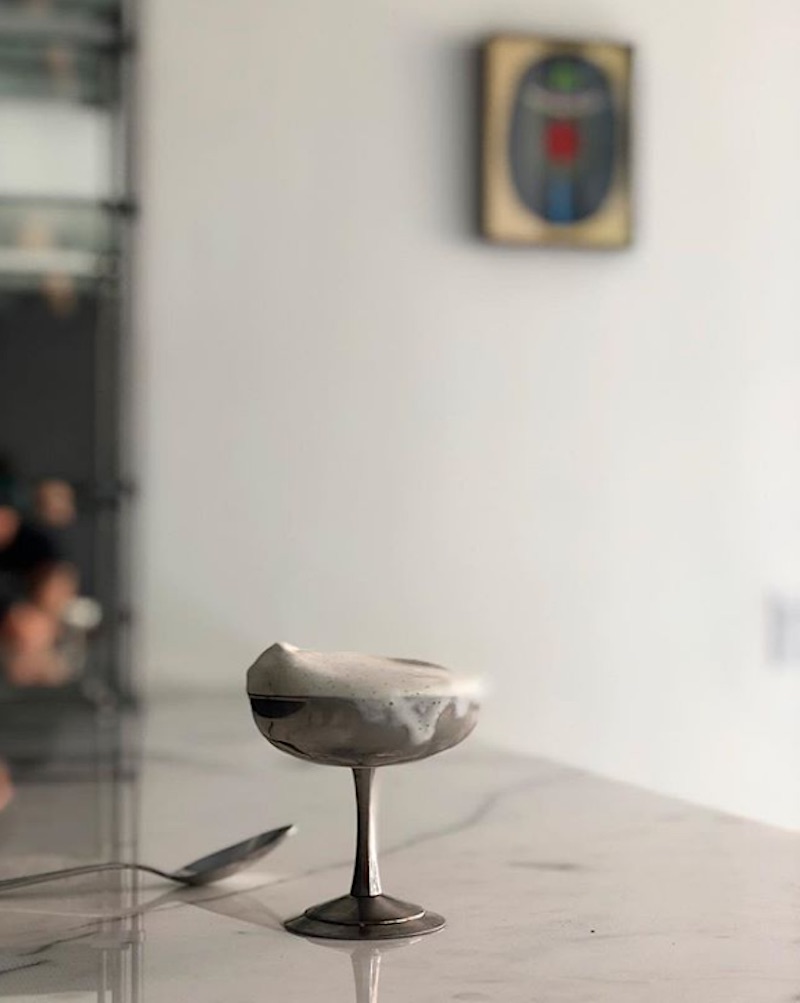 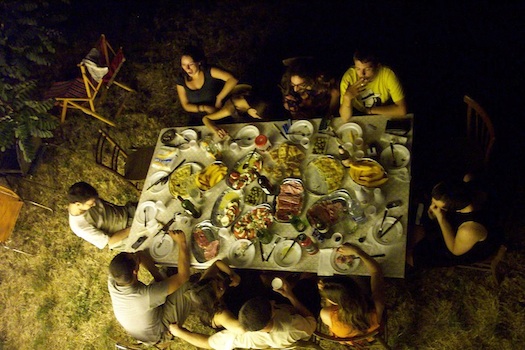 scroll to top
Send this to a friend
I invite you to read Charlie Trotter’s Brilliant Red Wine Essence on Improvised Life! Take a look at it here: https://improvisedlife.com/2013/11/07/recipe-charlie-trotters-brilliant-red-wine-essence/