(Video link here.) The Kids Should See This is a site full of wonders for kids AND adults. Dig this beautiful short video of what ACTUALLY happens when a kernel of corn POPS. I had no idea the stuff I threw into my trusty Presto PopLite Hot Air Popper is so magical.

I’m thinking that browsing through The Kids Should See This‘ awesome videos while eating popcorn might be a perfect weekend activity. I’ll be employing one of the many flavorings I’ve improvised over the years:Crispy Sage and Garlic Popcorn…Crispy Shallot Popcorn……Rosemary Popcorn……Smoky Bacon Popcorn!……Brown Butter Popcorn…the stupendous White Truffle Popcorn (a huge hit at dinner parties) Or perhaps I’ll improvise a new iteration: curry and caramelized shallot…pimenton de la vera and bacon perhaps…OR…what would hazelnut oil and brown sugar be like for a sort of candy corn?…

Here’s my riff on popcorn thinking, with recipes, to inspire your own improvisations (If you prefer it in printable PDF form, download it here):

My improvisations with popcorn arose out of an attempt to pan-fry white beans in sage-and-garlic-flavored oil.  The beans came out crispy, with a flavor that reminded me of popcorn.  I thought of calling them “popcorn beans”, then thought: “These beans aren’t that great. Why not actually try the oil on popcorn?”  That got me thinking about the possibilities for substituting the usual melted butter for other savory liquid fats, which got me thinking about how good an oniony flavor would be.

The first beyond-just-butter popcorn I made was dressed with a shallot-flavored  oil and crispy shallots, both made by simmering thinly sliced shallots in peanut oil.  It is a sensational, addictive hors d’oeuvre with cocktails or wine. I’ve been known to take it to the movies.  It is just the beginning of a vast exploration of popcorn possibilities.

I like to use an inexpensive hot air popper which pops corn kernels in minutes without oil.  If you pop your corn in a microwave, use plain kernels; steer clear of those with “butter-flavor” or other additives. If you don’t want to pop your own popcorn, use unflavored store-bought popcorn.

The classic flavoring for popcorn is melted butter – a delicious liquid fat.  Using other flavorful fats is an unlimited strategy for improvising. Simmering shallots in peanut oil, above, is an example of the kinds of flavored oils that could be made to dress popcorn, using thinly sliced garlic, leeks or ramps; herbs such as sage and rosemary; spices such as ground or cracked coriander, fennel seed, or curry or ground chile powders. For a butter-flavored oil, mix extra-virgin olive oil with unsalted butter; butter alone would burn from the prolonged heat. The basic popcorn formula is 1/2 cup kernels yields about 12 cups popcorn, which needs about 1/4 cup fat to flavor it.

The by-product of many of these flavored fats is the crispy flavoring, such as sage leaves or garlic chips, which make a nice counterpoint to the popcorn. Rendered bacon fat yields its smoky fat and crisp bits of bacon.

If you don’t want to pour fat on your popcorn, use a seasoned salt (not commercial garlic or onion salt, which have an acrid flavor).  Consider Real Garlic Salt (page 00), Fragrant Moroccan Seasoning (page 00) or the Japanese seasoning called gomasio, a toasted sesame-flavored salt; or improvise salts with crushed cumin, fennel or coriander seeds, pink or szechwan peppercorns…and so on.

Bear in mind if you want to make popcorn days in advance of eating that butter-dressed popcorn doesn’t stay as crisp as oil dressed popcorn. These exotically flavored popcorns make terrific gifts.

Pour the popcorn into a large bowl. If you’re popping your own, here’s how:

Pop the kernels in a hot air popper or a microwave according to manufacturer’s instructions. To pop on the stove top, pour 2 tablespoons peanut or canola oil in a large saucepan (at least 4 quarts). Heat over medium heat until hot but not smoking. Add a few kernels and cover. When they pop, the oil is hot enough. Add 1/2 cup popping corn kernels and cover. Shake the pot bake and forth on the burner, holding the lid down if necessary. Cook, shaking, until the popping stops, 3 or 4 minutes.

Make a flavorful fat: In a medium (10-inch) nonstick skillet, over medium-high heat, combine 1/4 cup peanut oil and 5 to 6  medium shallots, thinly sliced crosswise (3/4 cup). Simmer until the shallots are golden and crispy, 8 to 10minutes.  Scoop the shallots out of the oil with a slotted spoon, drain, and transfer to a plate; sprinkle with salt.

Toss the popcorn with fat. Drizzle the shallot oil over 12 cups popcorn, tossing it to distribute it evenly. Then sprinkle the popcorn liberally with sea salt and toss again. Scatter the crispy shallots over the popcorn and serve at once.

Brown butter is butter toasted it a pan until it smells like roasting nuts. It takes classic buttered popcorn a big step further with no extra effort, deepening the flavor with  roasty caramel overtones.

Melt 1/3 cup unsalted butter in a small saucepan over moderately-low heat until the clear butter is amber-colored and smells like roasted nuts.

Place 12 cups popcorn in a large bowl. Drizzle the brown butter over, tossing it to distribute it evenly. Then sprinkle the popcorn liberally with sea salt and toss again.

Place 12 cups popcorn in a large bowl. Drizzle the rosemary oil over, tossing it to distribute it evenly. Then sprinkle the popcorn liberally with sea salt and toss again.

Sage-and-Garlic butter works as well on popcorn as it does on polenta, it’s corn-family cousin. Makes 12 cups

In a large nonstick or cast iron skillet, combine the 3 tablespoons unsalted butter, 2 tablespoons extra virgin olive oil and 8 to 10 medium garlic cloves, thinly sliced (about 1/4 cup). Cover and cook over low heat, stirring frequently, until the garlic is barely golden, about 5 minutes. Uncover and cook until the garlic is crisp and golden, about 1 minute; do not allow to brown. With a slotted spoon, transfer the garlic to a plate lined with paper towels.

Add 1/2 cup loosely-packed fresh sage leaves (about 40) to the skillet and cook, turning once, until the leaves are darkened, fragrant, and crisp, 2 to 3 minutes. Drain the leaves on paper towels. Remove the oil from the heat until you are ready to dress the popcorn.  Place 12 cups popcorn in a large bowl. Drizzle the sage oil over, tossing it to distribute it evenly. Then sprinkle the popcorn liberally with sea salt and toss again. Scatter the sage leaves over the popcorn; crumble the garlic cloves on top. Serve at once.

This is a completely over-the-top popcorn that makes perfect sense when you think of the affinity of bacon and corn. Since bacons vary wildly, tt’s difficult to figure how much fat cooked bacon will yield,. If you have more fat than you need, store it in a little jar in the fridge to use in the future. Makes 12 cups.

Slice about 6 ounces apple-smoked bacon crosswise 1/4-inch thick and place in a medium heavy skillet. Cook, covered, over medium low heat until the  bacon is crisp, about  minutes.  Use a slotted spoon to transfer the bacon to a plate; measure 1/4 cup liquid bacon fat.

Pop 12 cups popcorn (from 1/2 cup kernels) and place in a large bowl. Drizzle the bacon fat over popcorn, tossing it to distribute it evenly. Then sprinkle the popcorn liberally with sea salt and toss again. Scatter the crisp bacon over the popcorn. Serve at once.

It’s worth investing in a small bottle of white truffle oil just to make this popcorn. At 2 teaspoons for 12 cups, it’s a cheap way to get a heady dose of truffle in your popcorn. Since there are many ersatz truffle oils, look for the words “extra-virgin olive oil flavored with white truffle (tuber magnatum pico)” on the bottle.   Makes 12 cups. 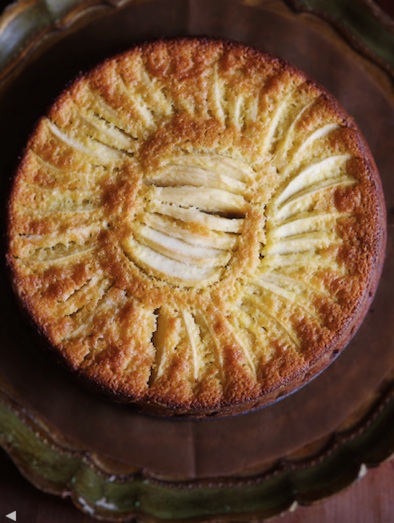 just in time for the holidays: canal house cooking vol. 7 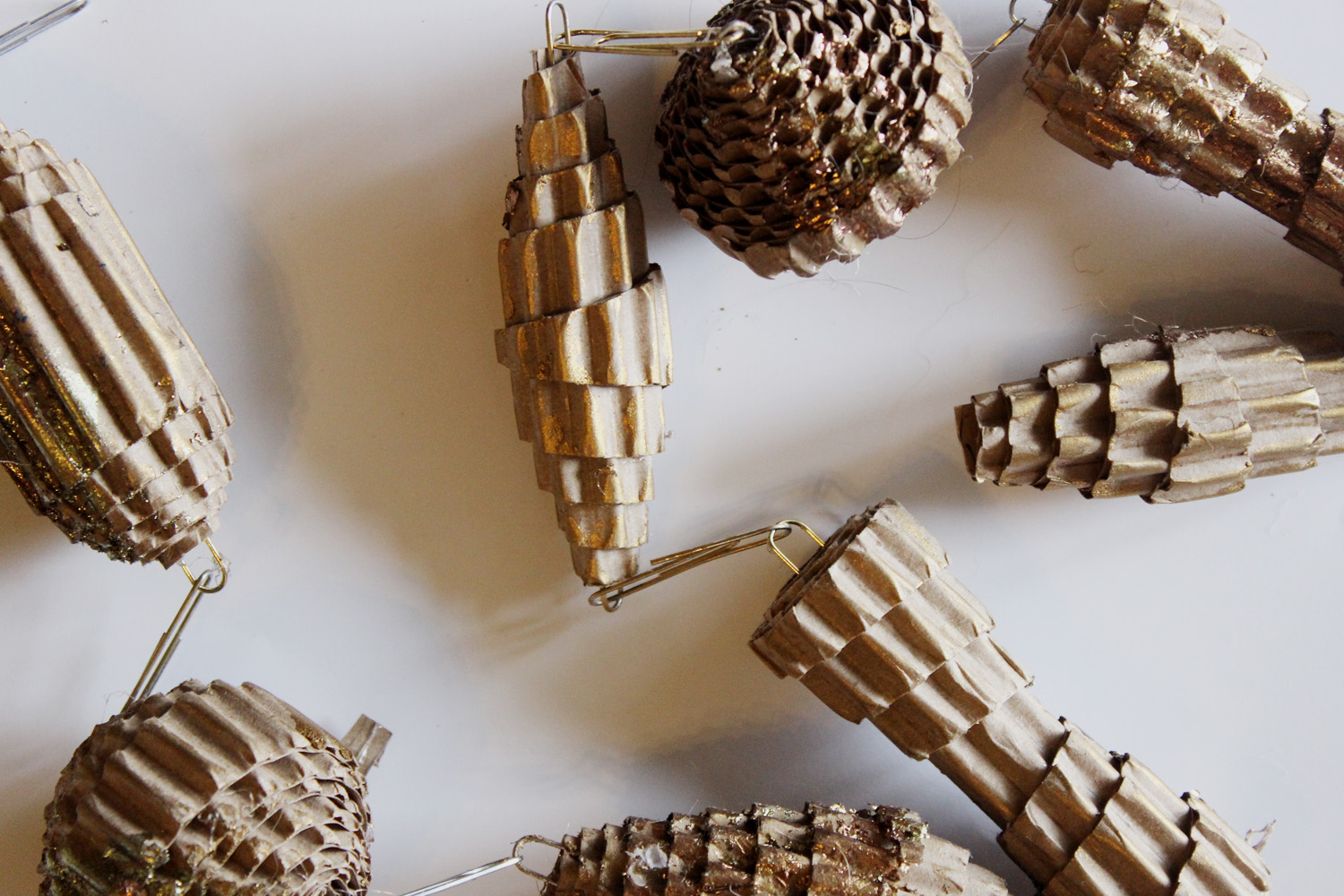 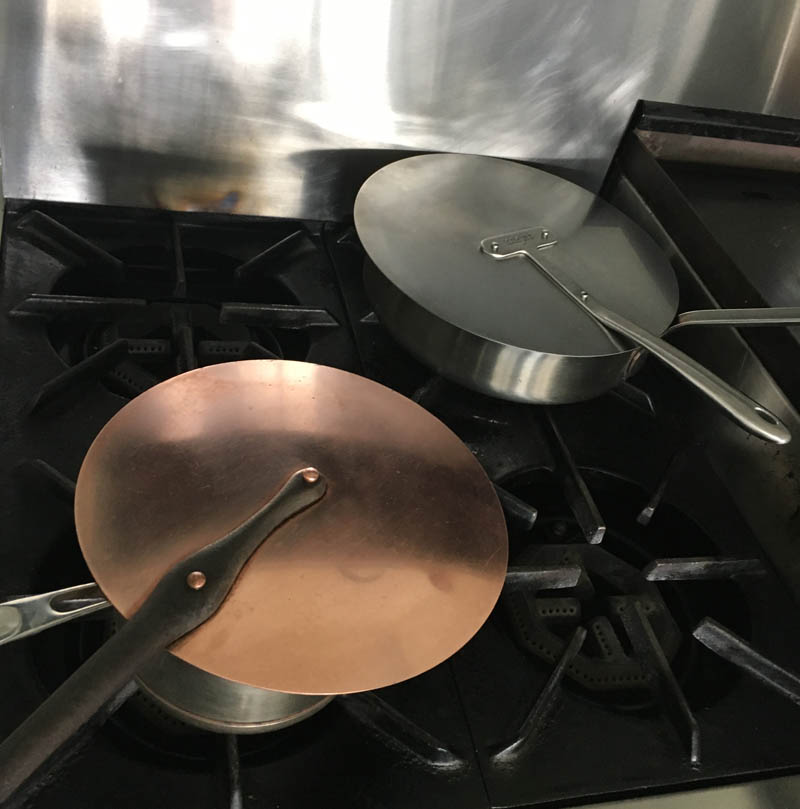