Since I first wrote about the renovation of my 5-x-7-foot Harlem bathroom, a number of readers have written to ask just which five-foot alcove bathtub I bought that had the effect of the divinely comfortable vintage tub in my former space…and WHAT exactly was the trick I used to ensure that it would be a pleasure to soak in. It’s taken a bit of steam to collect photos and info but here it is.

​The challenge of my Harlem bathroom is one that many people face: How to make a small, windowless bathroom feel spacious and light. And especially how to make a five-foot bathtub set in a three-side alcove FEEL like the cast-iron beauty I had in my 1920’s apartment with the perfect angle of recline (below). For some of us, a great tub is essential to living: an instant way to relax. The foot-deep straight-sided tub you see in shower/baths won’t do.

The first challenge would be to find a cast-iron tub with the right angle of recline that would fit in the standard five-foot space. Cast-iron is more expensive but key if you want bath water which will really steam and stay hot, something fiberglass just can’t achieve. Fiberglass scratches easily and needs special care, but is quite a bit cheaper.

Moving pipes to rearrange the fixtures and have a big bathroom would have cost a lot of money I didn’t have. I took on the existing bathroom’s footprint as a challenge. I started by gutting it…

My plan was to make the new bathroom spare and modern by clever use of space. A wall hung sink, big mirror (salvaged from the original bathroom) and high-gloss painted walls would help make the small bathroom look spacious and light. (In another post, I’ll get to the sliver pillar medicine cabinet that sits flush in the wall and holds a ton of toiletries, and other minimalist storage solutions.) 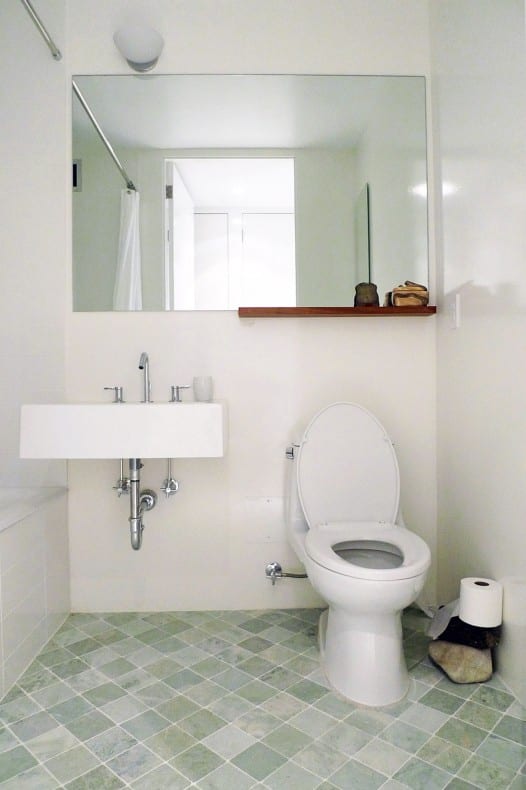 I actually measured the angle of recline of my beloved vintage tub to see if I could find it in a five-footer. I poured over diagrammatic specs of various tubs online to narrow the field. Then I went to showrooms around New York City and actually climbed into tub and lay there for a while, sussing whether it was truly comfortable. (You have to be pretty bold to hang out in a bathtub in a public showroom). 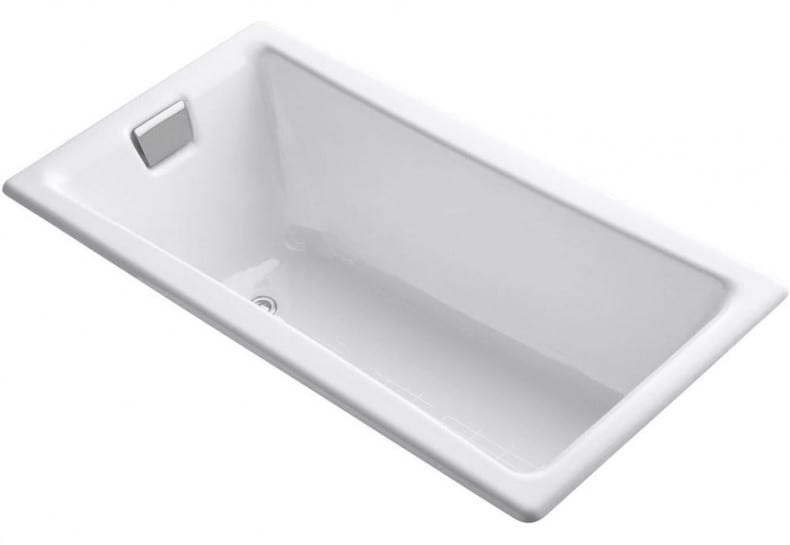 The tub I found that had beautiful modern lines, was deep enough to cover me with water, and had the right angle of recline was Kohler’s Tea-for-Two, which you can order at The Home Depot (along with Kohler’s proprietary drain which is not included). Each end of the tub is angled and it has a flush overflow drain so theoretically two people could sit in it at once. Kohler makes a very similar tub in acrylic, called Underscore, that is quite a bit cheaper.

I wish I’d had the presence of mind to photograph the tub au naturel when we uncrated it. With its bolted on steel legs, it looked like a rough, hyper-modern claw foot tub. I briefly entertained the notion of NOT building it in, but leaving it as is, perhaps painted.

When we set the tub in place, I discovered I would hit my head against the wall when I leaned back to relax, a common problem with alcove tubs. The wall blocked the flow of the comfortable back, forcing my chin down. It would never work and make the effort and expense of the tub moot. Fortunately the sheet rock hadn’t been set in place and I could see that there was space between the studs for a solution.  I made the contractor climb into the tub so he’d understand why I needed a “head niche”.

We couldn’t move the wall but we could carve out just enough space between pipes and venting so that I could comfortably recline without bumping my head. Before the alcove was tiled, supports were put in to hold white marble slabs which would make up the head niche, as well as storage for shampoo and soap.

I used inexpensive rectangular white porcelain tiles to build in the tub alcove and left the rest of the room untiled, with shiny painted walls.

The niche MADE the tub; I can relax with the same comfortable angle of recline as my big old vintage tub.  Nobody who sees the tub ever asks what about the niche; somehow, it is invisible.

My considered little tub has proven way more comfortable than many of the grand ones I’ve been in, that have uncomfortable stone surrounds (a terrible trend).

Note: A reader wrote in to ask if I installed shower fittings. Indeed I did, at the drain end of the tub. I did indeed and include a photo below. The lever controls the water for both shower and tub.

Five years later, I am still really happy with the tub. It IS as relaxing as my old prewar one.  If I had to do it over, I would have put the faucet at the end of the tub. The 5 footer really is too small to fit two people comfortably, and I only sit facing the niche end of the tub occasionally. And some folks who aren’t thinking have been inclined to use the faucet as a grab bar to help them climb out. Not good.

For more on the bathroom:
here’s my space-saving trick for storing and drying towels out without having to install bars or hooks on the walls.

Here’s the Tyvek shower curtain I because it needs to liner and also compresses to “minimal”. Stay-tuned for a DIY I plan to do on making your own. 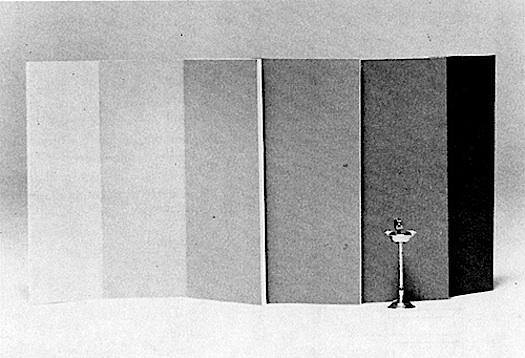 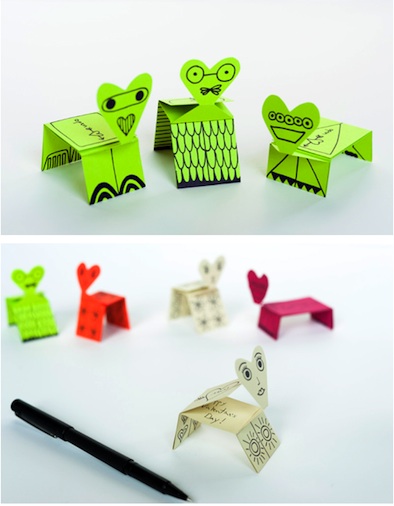 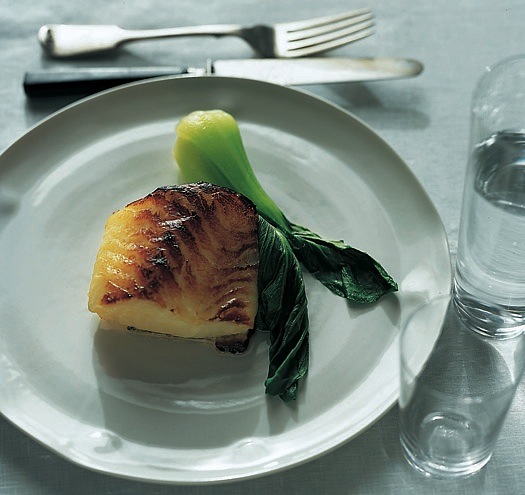 scroll to top
Improvised Life
Send this to a friend
I invite you to read How to Make a 5-foot Alcove Tub FEEL Like a Vintage One on Improvised Life! Take a look at it here: https://improvisedlife.com/2016/02/25/how-to-make-a-5-foot-alcovetub-feel-like-a-vintage-one/