Through fall and winter, one of my favorite simple desserts is pears roasted with a bit of sugar, lemon juice, butter and a split vanilla bean until they become tender and caramelized, with a concentrated pear flavor. As is, they are wonderful with whipped cream, creme fraiche, or a custard sauce/creme anglaise. But they can be the inspiration for all manner of desserts.

Sliced and frozen roasted pears can be pureed to make a fragrant roasted pear sorbet. Layered with vanilla ice cream and caramel sauce, and topped with whipped cream, they make an unexpected sundae.

My favorite is to throw them into a baked pastry shell for a lovely tart. Years ago I discovered that phyllo could be quickly formed into a tart shell that looks like crumpled paper (homemade or store-bought butter pastry shells are equally good; the phyllo just looks really dramatic). I baked the shell and roasted the pears hours in advance so I could assemble the tart before serving. Then I arranged the pears in the pastry shell and strew them with raspberries quickly sauteed in butter with some sugar. When the “tart” was cut, the paper shattered into shards that are a delight to eat with your fingers.

You can roast just about any kind of pear from tiny Seckel to Comice or Anjou to interesting heirloom varieties found in the farmer’s market, as long as they are slightly firm and fragrant. Smaller pears can be tossed and halved onto a sheet pan and batch-roasted.  Larger pears do well in a shallow oven-proof dish just large enough to hold them.

Together, the recipes below comprise the pear tart at top. Singly, they can be used for all kinds of improvisations: sauteed raspberries are delish with ice cream, the phyllo shell can accommodate all sorts or fillings, both sweet and savory, the pears well…they’re great with cheese at the end of a meal, or as a sweet condiment for pork, chicken and turkey…

Vanilla bean accentuates the pears perfume, but is not essential. You can also tuck sprigs of thyme among the pears.

1 ½ -2 pounds slightly-under-ripe, fragrant pears, peeled if desired, and halved though the stem. (If using in a composed dessert, peel the pears and use a melon baller or spoon to remove the cores)

Preheat oven to 375′ degrees. Place the sugar in a small bowl. With a thin sharp knife, split the vanilla bean lengthwise in half and scrape out the seeds.  Stir the seeds into the sugar.

Arrange the pears in a large baking dish, cut-side-up. Drizzle the lemon juice evenly over the fruit, then sprinkle with the sugar.  Nestle the vanilla pod among the fruit. Pour the water into the dish. Dot each pear with some butter.

Roast the pears 30 minutes brushing occasionally with the pan juices. Turn the pears over and continue roasting, basting once or twice, until tender and caramelized, 25 to 30 minutes longer. (If the pears are small, test for doneness after 35 or 40 minutes of cooking; a paring knife poked into the thickest part of one should meet with no resistance). Serve warm.

As thin as tissue paper, only 3 sheets of phyllo are needed to create a dramatic freeform shell for the fruit. They are laid into a pie plate and crumpled slightly, then brushed with butter,sprinkled with sugar and baked until golden and caramelized.

Fill the phyllo shell just before serving to keep it from becoming soggy.

3 to 5 sheets of phyllo dough, defrosted according to package instructions

To clarify the butter, heat the butter in a small saucepan over low heat. When melted, skim off the white solids from the top. Spoon the clear yellow liquid into a small bowl, leaving the white liquid behind. Lightly brush a 10-inch pie plate with the clarified butter and place it on a cookie sheet.

Working with both hands, gently drape 1 sheet of the phyllo dough over the pie plate; lightly press in the dough to line the plate, leaving the edges overhanging. Brush the sheet with melted butter. Place another sheet of phyllo on top of the first, so that the overhanding edges cover the areas not covered by the first; brush lightly with the butter. Repeat with the remaining phyllo. Roll and fold the edges of the three sheets loosely under themselves to form a ruffled edge that resembles loosely crumpled tissue paper.

Brush the ruffled edges and the center of the shell with the remaining melted butter. Sprinkle the edges with sugar.

Bake the shell until golden, about 5 minutes.Set aside to cool.

In a heavy medium skillet, heat 1 tablespoon butter over moderate heat until melted and bubbly. Increase the heat to high and toss in the raspberries and sugar. Working quickly, shake the pan vigorously until the raspberries are completely coated. Serve at once.

Just before serving, arrange the Roasted Pear halves in a pinwheel in the center of the Freeform Phyllo Tart Shell. Prepare the Sauteed Raspberries and spoon them around the pears. Serve at once with whipped cream. 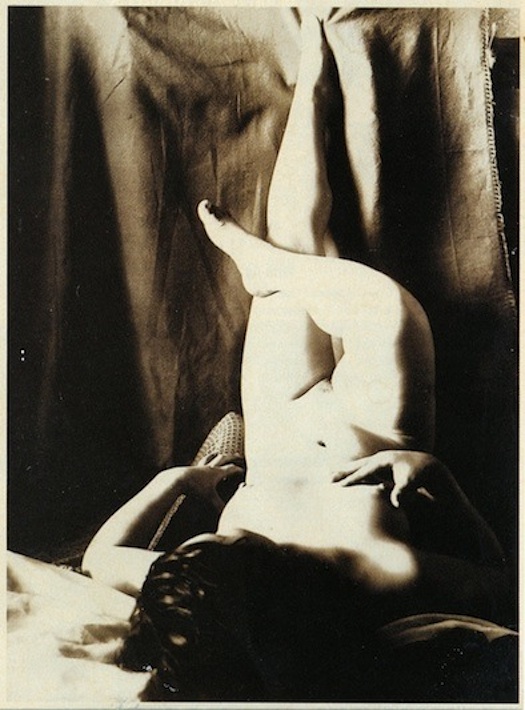 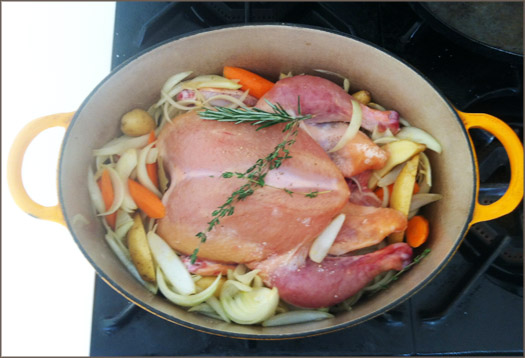 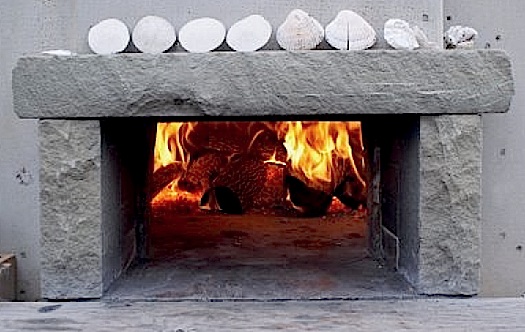