Unbeknownst to many inhabitants of New Orleans, a small enclave of eccentric, often ingenious, fiercely independent outsiders thrive in twelve stilt-houses along the Mississippi, hidden from sight by the levees and the willow trees that tangle the banks. It’s called the batture (rhymes with catcher) for the riverside slope of the twenty-four-foot tall levee. In the 1980s, out of grad school and looking to escape the suburban desert he grew up in, Macon Fry found his way there by accident and never left, smitten with “a timeless one-room shack, next to the greatest river in the world.” He rented it for $100.

It was the fulfillment of a dream “to live in a place where I could imagine, find and forage everything I wanted.”

There was no street and thus no noise of street traffic or glare of streetlamps. There was no mailbox for unwanted utility bills; but then, there were no utilities either.

Fry has lived in the batture ever since. They Called Us River Rats: The Last Batture Settlement of New Orleans, his book about the unique community, its culture, history and self-built structures, was recently published.

Batture camps are to contemporary housing what outsider art is to motel prints. Because they are self-built, not subject to common rules, covenants, or codes, and have been wildly modified by successive generations, no two batture houses are ever alike. The guiding precepts of architecture outside the levees have always been affordability and the eccentric whims of their inhabitants. Combine these with an affinity for found or repurposed materials, and untrained builders, and you have a classic camp.

I became aware of of Fry’s book —part memoire, part social history, part natural history—when I read Rolling Along an article about it in The New York Review of Books. (Listening to it read on Audm is transporting.) I was deeply heartened. In world where almost everything is subject to the self-conscious gaze of social media, here were people living as they wished outside that gaze. They love the wildness and beauty of the river, love figuring out solutions that its wildness and unpredictability require. Fry put it well, “They learned by trying failing and trying again.”

The batture has an ecosystem of its own. It is, by Fry’s account, the coolest place in New Orleans. The cold river water, the collected precipitation of the middle third of the country, lofts gentle breezes over the levee; Fry claims not to have once needed air conditioning in thirty years. Wild blackberry bushes cover the batture in early summer (Fry had a side hustle of selling berries at a local farmer’s market), and in the winter the fog piling against the levee parts to reveal, on the stands of broken willow trees, ‘fungal condominiums’ of oyster mushrooms. In spring the rising river wipes clean the batture as a wildfire renews a forest…When the river drops, it deposits whatever seedlings have happened to hitchhike down the river that year. Novel combinations of fauna rush in: rabbits, raccoons, armadillos, turtles, snakes, coyotes. The ecosystem —like the river, like the batture colony—is in a perpetual state of frenzied motion.

Climate thinkers have taken note of the spectacular resourcefulness of the batture’s inhabitants who have built clever ways of handling the ever-changing river they live 50 feet from. They suffered almost no damage in the flooding from Hurricane Katrina; the rising river passed underneath their homes built on pylons.

Rich may have put his finger on why Fry’s story of the batture is so compelling:

The batture’s river rats may not be relics from a lost past so much as emissaries from a watery future. We’ll all live in crazy houses soon.

Gif of the Week: We See These As Ideas

Practice: Forgive Yourself and Keep Trying 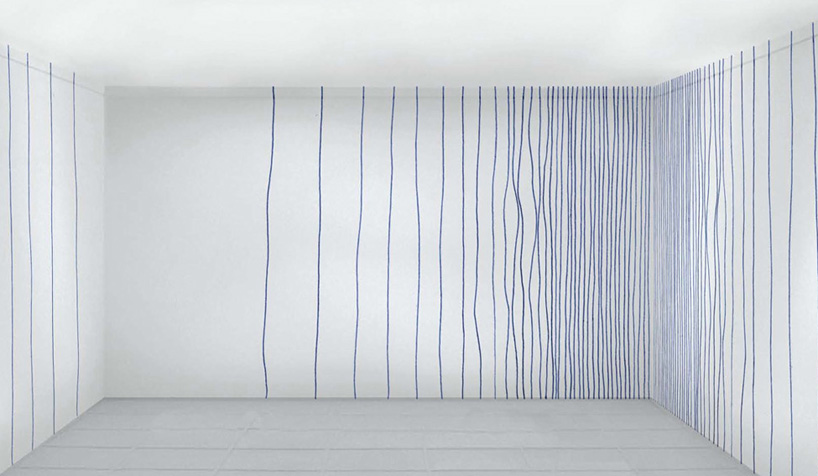 Would You Like to Hang Out In This Room?