Recently, we stumbled on an image of UTEN.SILO (also known as the Wall All), the very stylish wall storage Dorothee Becker designed for Ingo Maurer in 1960s, almost half a century ago. Wouldn’t THAT be cool to have? we thought. No long after, we found Urbio, a new play on the essential idea and wondered if it is really true that there are no new ideas, but rather, discoveries of the same things over and over.
Whereas Becker’s storage components clipp onto its plastic wall, Urbio’s is affixed by magnets. It’s being marketed as planters, but we’re thinking that it would make great Becker-ish storage for all sorts of things to efficiently organize a kitchen or workspace. 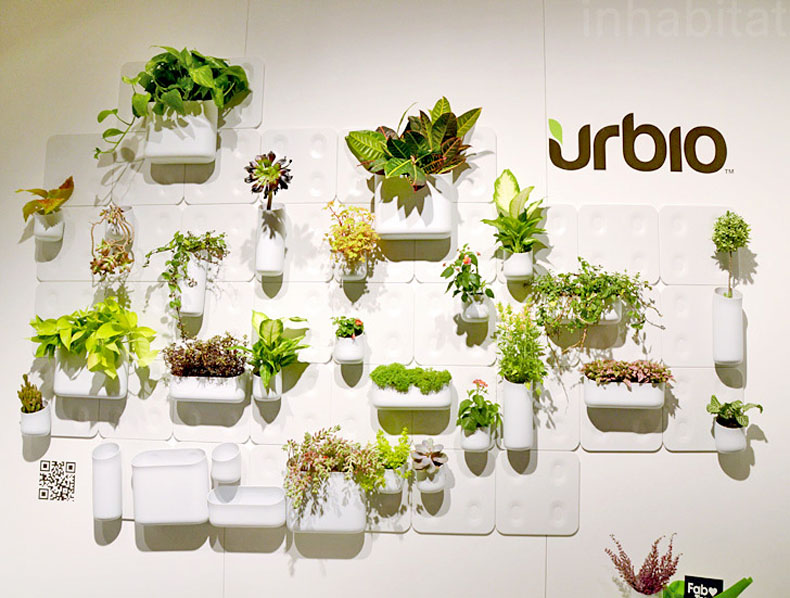 We love the story behind Beckers iconic design, all of which you can read here. Becker, who never trained as a designer, describes her inspiration:

My father owned a drugstore and photo shop in Aschaffenburg. When I was a child there were countless drawers there full of fascinating things waiting to be discovered, including a hang-up toilet bag made of waxed cloth full of pockets for the various toiletries. The bag held items which would normally have been stored vertically in a horizontal position. I never forgot this practical idea and later used it in UTEN.SILO.

You can still buy the Uten.Silo Storage System , above, as well as versions in red and black. And the Urbio Wall System is widely available in kits, or separate parts, so you can customize it to your space and needs. Pricewise, it seems to be on a par with or possibly more expensive than UTEN.SILO.  Which you choose depends on the look you prefer, and the flexibility you need. 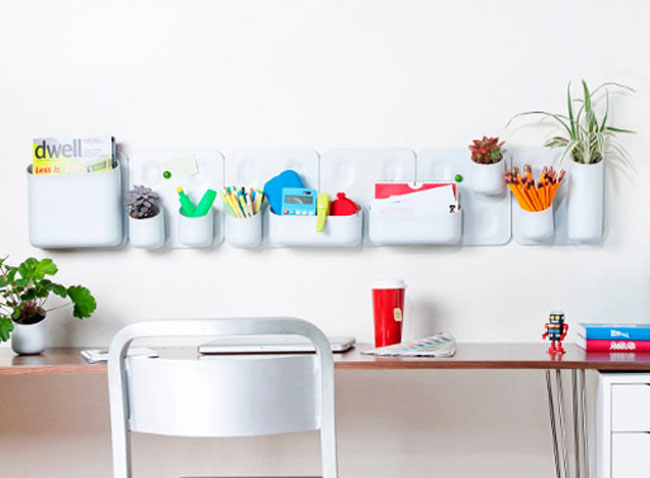