Video link here. Recently Kottke posted this video of the anonymous Chinese man who stood up to a tank in Tiananmen Square. The footage was taken on June 5, 1989, the day after the Chinese military killed hundreds of civilians in an effort to extinguish democratic protest. Most of us have only seen the photo of him standing before a single tank; in fact, there was a long line of them.

We hadn’t seen the video before and looked to find out more: little is known. He was carrying what appeared to be plastic bags as though he had just wandered on the tanks while shopping. Was he planning his defiant and stunningly powerful act, or did he decide in the moment? No one knows what happened to him.

This anonymous man created what might be the most potent image of courage-in-action of our age, improvised, perhaps. 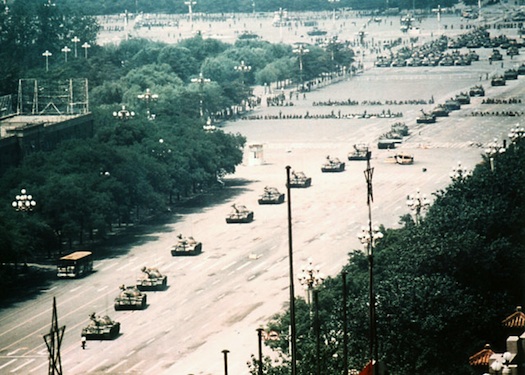 Kottke linked to a big version, which we’ve printed out and taped up on our wall becaue it GIVES us courage. 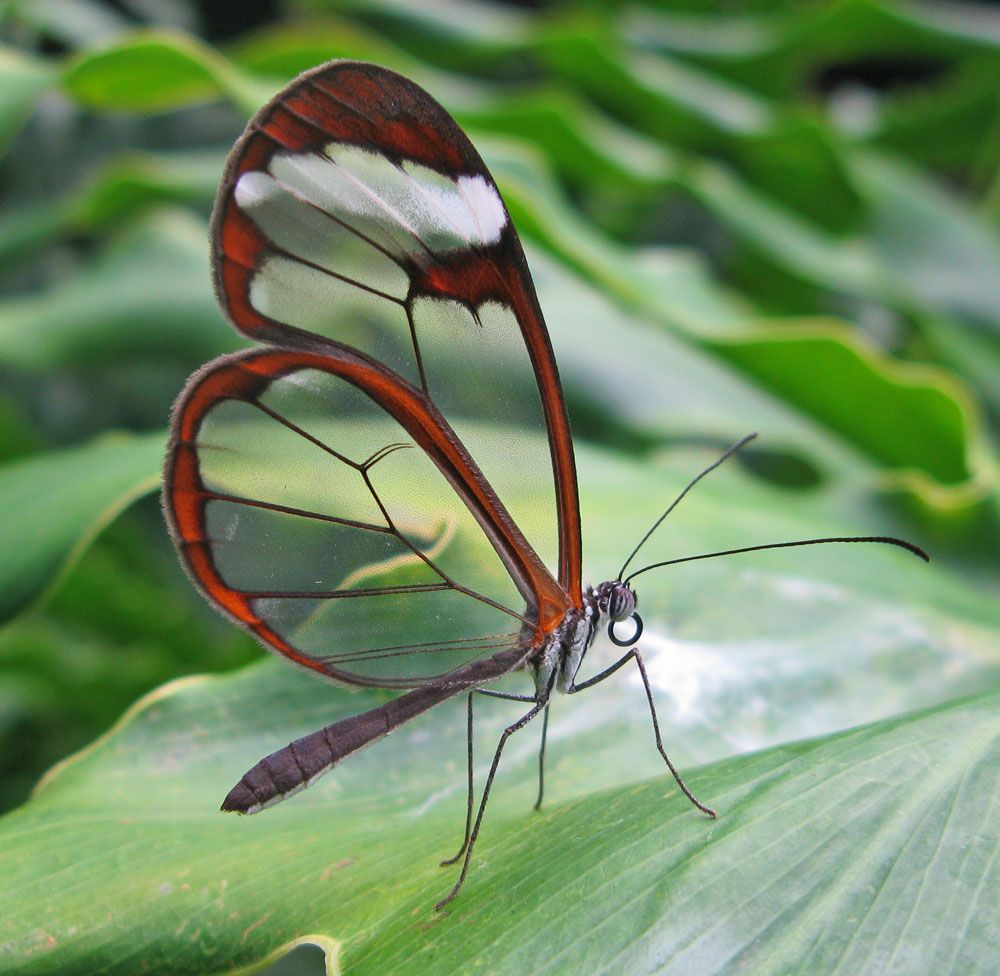 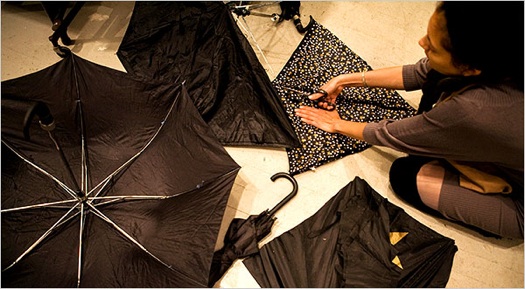 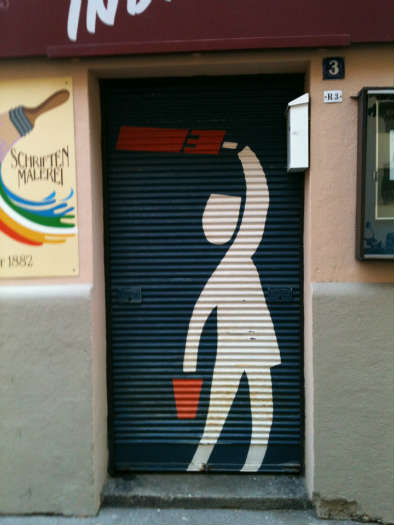 public signs that inspire creativity: why not?!