Cara de Silva sent alerted us to Smithsonian’s wonderful  Jane Goodall Reveals Her Lifelong Fascination With…Plants?. Here is a particularly illuminating chunk, about a tree (which has come to be one of the most commented on subjects by our readers). If you don’t have time to read it all at once, it’s worth bookmarking:

Just over ten years after 9/11, on a cool, sunny April morning in 2012, I went to meet a Callery pear tree named Survivor. She had been placed in a planter near Building 5 of the World Trade Center in the 1970s and each year her delicate white blossoms had brought a touch of spring into a world of concrete. In 2001, after the 9/11 attack, this tree, like all the other trees that had been planted there, disappeared beneath the fallen towers.

But amazingly, in October, a cleanup worker found her, smashed and pinned between blocks of concrete. She was decapitated and the eight remaining feet of trunk were charred black; the roots were broken; and there was only one living branch. (see far right of photo, below).

The discovery was reported to Bram Gunther, who was then deputy director of central forestry for the New York City Parks Department, and when he arrived he initially thought the tree was unsalvageable. But the cleanup workers persuaded him to give the tree a chance, so he ordered that she be sent off to the Parks Department’s nursery in Van Cortlandt Park in the Bronx.

Ron Vega, now the director of design for the 9/11 Memorial site, was a cleanup worker back then. “A lot of people thought it was a wasted effort to try to rescue her,” he recalled. “So she was taken out of the site almost clandestinely—under the cover of night.”

Richie Cabo, the nursery manager, told me that when he first saw the decapitated tree he did not think anything could save her. But once the dead, burned tissues had been cut away, and her trimmed roots deeply planted in good rich soil, Survivor proved him wrong. 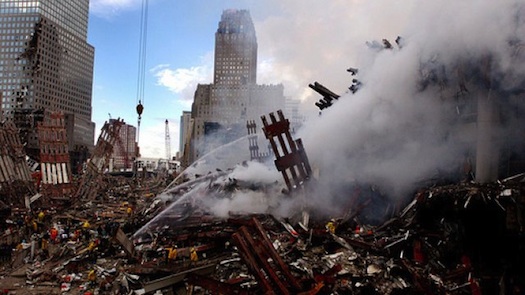 “In time,” said Richie, “she took care of herself. We like to say she got tough from being in the Bronx.”

In the spring of 2010 disaster struck Survivor again. Richie told me how he got news that the tree had been ripped out of the ground by a terrible storm that was raging outside, with 100 mile per hour winds. At once he rushed there with his three young children. They found the roots completely exposed, and he and the children and the other nursery staff worked together to try to rescue her.

At first they only partially lifted the tree, packing in compost and mulch so as not to break the roots. For a long while they gently sprayed the tree with water to minimize the shock, hoping she’d make it. A few weeks later they set to work to get Survivor completely upright.

“It was not a simple operation,” Richie told me. “She was 30 feet tall, and it took a heavy-duty boom truck to do the job.”

As we walked toward this special tree, I felt as much in awe as though I were going to meet a great spiritual leader or shaman. We stood together outside the protective railing. We reached out to gently touch the ends of her branches. Many of us—perhaps all—had tears in our eyes.

As Survivor stood proudly upright in her new home, a reporter said to Richie, “This must be an extra-special day for you, considering it’s the ten-year anniversary of the day you were shot.”

Before he started working at the Bronx nursery in the spring of 2001, Richie had been a corrections officer at Green Haven maximum-security prison in New York. He left the job after nearly dying from a terrible gunshot wound in the stomach, inflicted not at the prison, but out on the streets when he tried to stop a robbery in progress.

Until the reporter pointed it out, Richie hadn’t even realized the date was the same. He told me that he couldn’t speak for a moment. “I could hardly even breathe,” he said. And he thought it was probably more than coincidence—that the tree would go home on that special day. “We are both survivors,” he said.

While overseeing the design, Ron made sure that the tree was planted so that the traumatized side faces the public. Some people, Ron told us, weren’t pleased to have the tree back, saying that she “spoiled” the symmetry of the landscaping, as she is a different species from the other nearby trees. Indeed, she is different. On the tenth anniversary of 9/11, when the memorial site was opened to survivors and family members, many of them tied blue ribbons onto Survivor’s branches.

One last memory. Survivor should have been in full bloom in April when I met her. But, like so many trees in this time of climate change, she had flowered about two weeks early. Just before we left, as I walked around this brave tree one last time, I suddenly saw a tiny cluster of white flowers. Just three of them, but somehow it was like a sign. It reminded me of a story I read in a newspaper. In the aftermath of the horrifying tsunami and Fukushima nuclear plant disaster in Japan, a TV crew went to document the situation. They interviewed a man who had just lost everything, not only his house and all his belongings, but his family also. The reporter asked him if he had any hope.

He turned and pointed to a cherry tree beginning to bloom. “Look there,” he said, pointing toward the new blossoms. “That’s what gives me hope.” 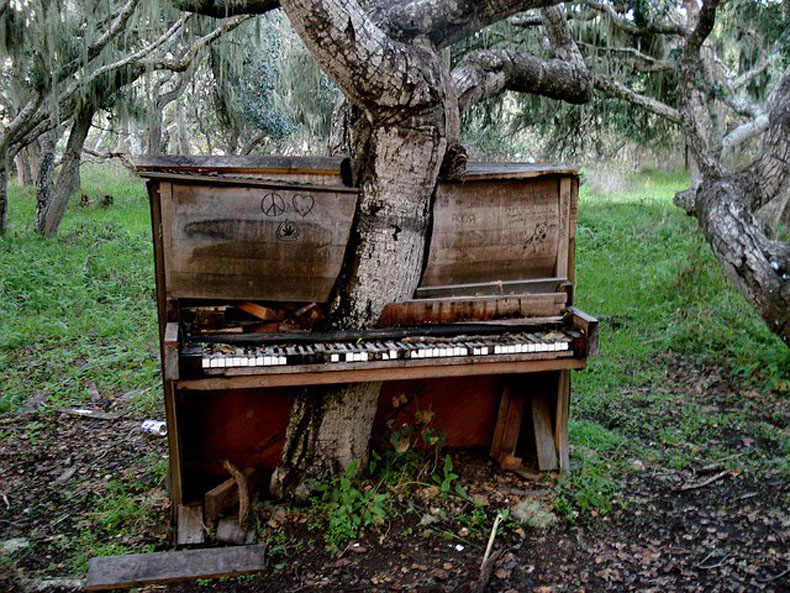 Piano Tree and Technical Difficulties: Please Bear With Us 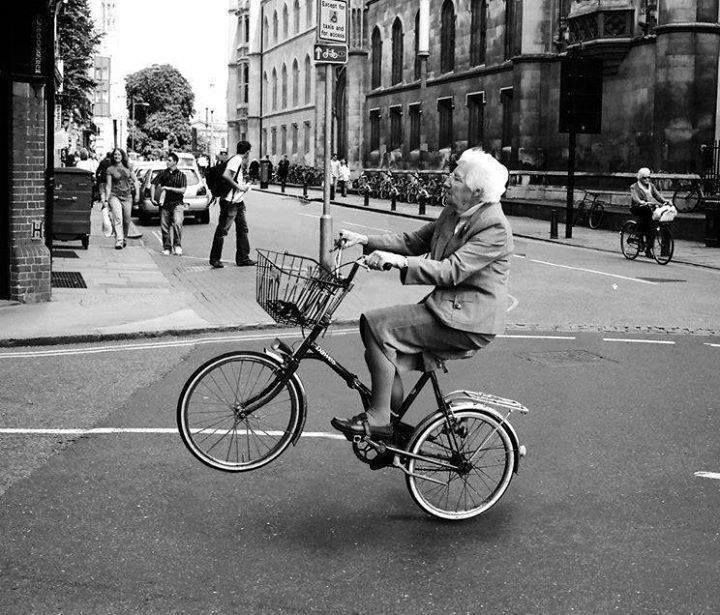 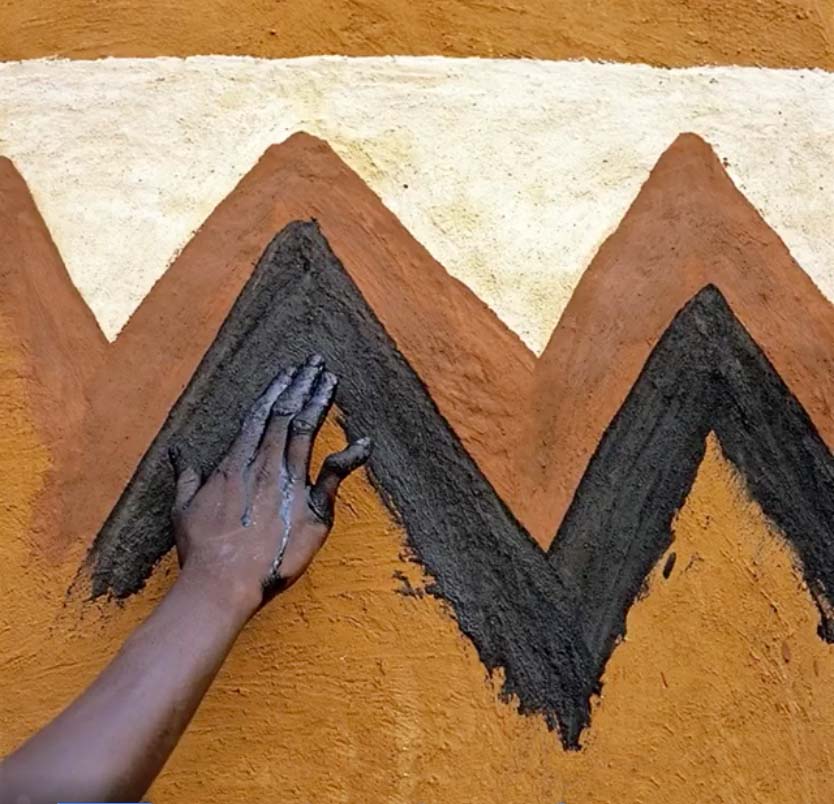 Home is Your Canvas, Finger Paint It

2 replies on “jane goodall: trees as shaman and guide”

scroll to top
Send this to a friend
I invite you to read jane goodall: trees as shaman and guide on Improvised Life! Take a look at it here: https://improvisedlife.com/2013/03/18/jane-goodall-trees-as-shaman-and-guide/