growing is not easy no matter how long we’ve lived

Growing is no piece of cake no matter how tall we are or how long we’ve lived. We progress, we fall back, we start all over again, ferblungeoning forward into our future even while kicking and screaming. The universe commands expanding, and we obey, improvising every step of the way.

The side of the bookshelf at the door of my studio records the vicissitudes and ambivalence of growth in blurry No. 2 pencil. Four years of measurements meticulously cataloged the height of a small visitor, Roxy, now eight. Suddenly, last summer, when we measured it appeared as if she’d become shorter from February to October. In a fit of disbelief and frustration, she erased her carefully annotated entries up to that point, burst into tears, and wrote: I shrank.
I know that shrinking feeling all too well. Just when you think you’ve got it together, your life makes a beeline for the toilet. Plans dissolve, goals fade into impossiblity, friends and lovers go their separate ways, creativity falters, and you’re beached, shrunk to a lowly worm, writhing around fecklessly, squirming towards an unknowable, unfathomable, and undoubtedly grim future.
And then…
A knock at the gate, a friend with a book, a purring cat, a surprise email requesting one’s presence, a tulip blooms, and we gather courage, center ourselves, and start anew.
In much of her work poet Kay Ryan

pokes at the borders and transitions where growth occurs, places where we stammer and stumble, taking two steps forward and one step back, trying to understand what the heck it’s all about. One favorite is Odd Blocks:

Every Swiss-village
calendar instructs
as to how stone
gathers the landscape
around it, how
glacier-scattered
thousand-ton
monuments to
randomness become
fixed points in
finding home.
Order is always
starting over.
And why not
also in the self,
the odd blocks,
all lost and left,
become first facts
toward which later
a lttle town
looks back?”

Order is always starting over.
And so, we begin again, heading home. 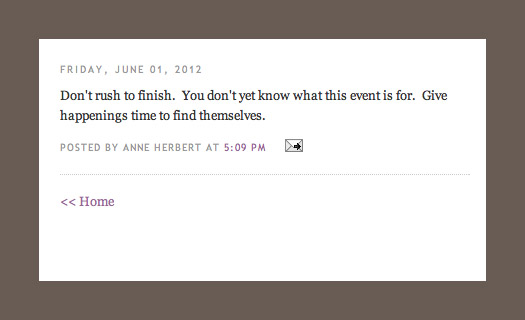 ‘give happenings time to find themselves’ (anne herbert) 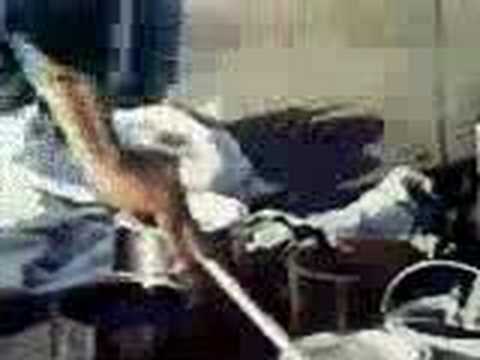 making it up as you go along (seth godin + jackson pollock) 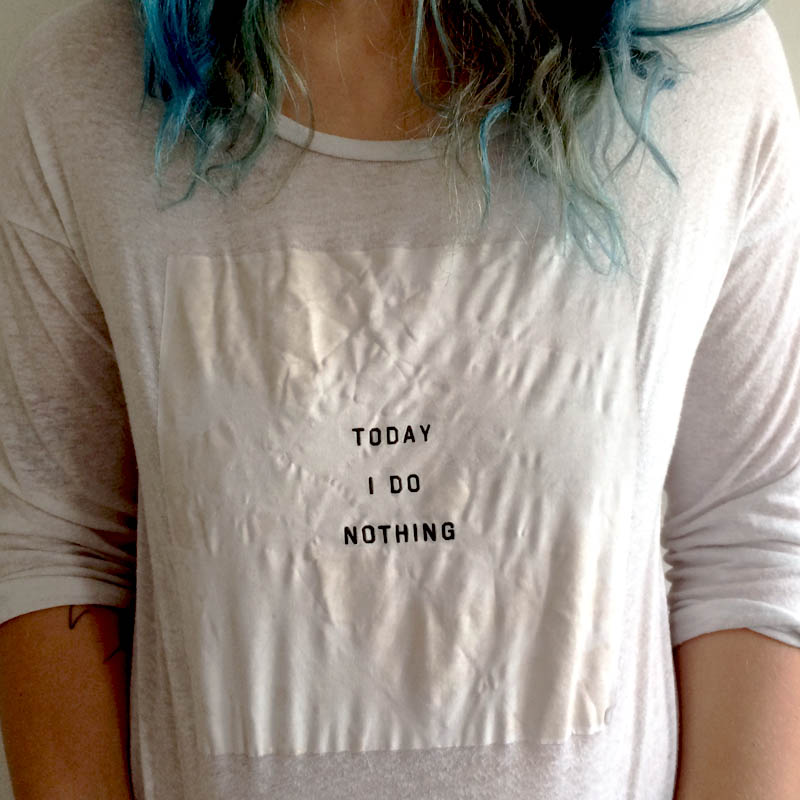 Productivity Principle: Doing Nothing Can Help Get Things Done

scroll to top
Send this to a friend
I invite you to read growing is not easy no matter how long we've lived on Improvised Life! Take a look at it here: https://improvisedlife.com/2013/08/14/growing-is-not-easy-no-matter-how-long-weve-lived/